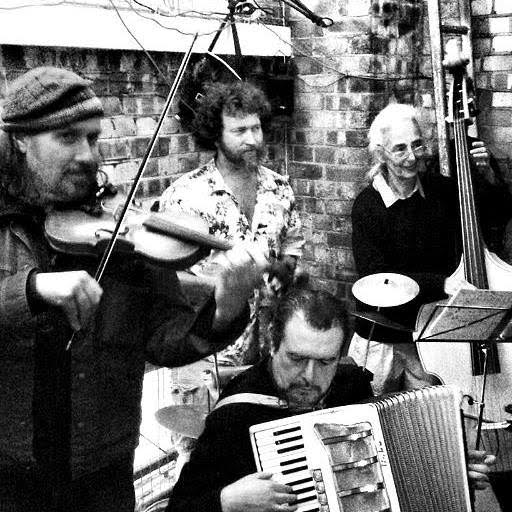 “Guaranteed to result in limb movement – a delightful fusion of fiddles and clarinet, furiously creating a wonderful atmosphere that demands a physical response.” – Folk Roots

“One of the hidden treasures of London…” – Folk Roots

BESKYDY‘s music could be described as East-West folk with dance. The songs tell of cultural customs, laments and desires and can be comically philosophical in celebrating the enjoyment of life despite its trials and tribulations. Their performances are invariably inclusive and shared with the audience, who, whenever possible, take to the floor for the infectious dance numbers.

The music of Beskydy has its roots in the dance rhythms and songs of Moravia, Bohemia and Slovakia, through whose lands the Beskydy mountains run – hence the name. They have expanded their repertoire to embrace the music of the Hungarian plains, the Danube basin and all the way down to the Black Sea, the souks and coffee-houses of Istanbul and across the sea to the bordellos of Odessa. Across these ancient trade routes, Jews, Gypsies, Ottomans, Celts and Magyars travelled carrying songs which endlessly re-invented themselves and crossed all political boundaries. Their music is Beskydy’s inspiration.

Beskydy have performed at amongst other venues for; The Purcell Room, Queen Elizabeth Hall, Southbank, Union chapel, Arts Centres, Womad, Hackney Empire and have played several cafe series concerts at the The Royal Albert Hall, and have also enjoyed providing Foyer Music at The National Theatre and The Royal Festival Hall.

From traditional dance music to songs, Beskydy create magic and presence with their exceptional musical ability. Voice, strings, clarinet, percussion and accordion define the distinctive Beskydy sound. They are an inspiring ‘must see’ for traditional folk music lovers!