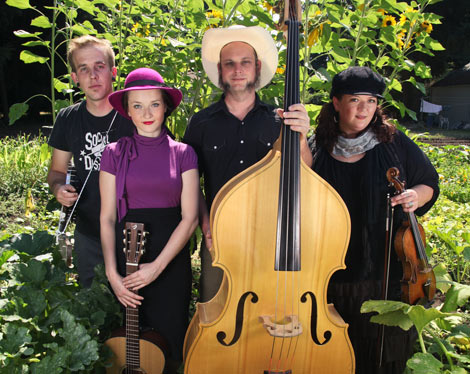 BETTY & THE BOY: With two acclaimed albums released on this side of the Atlantic, remarkable five-piece, Betty & The Boy have made a huge impact. Stateside, the same thing had been happening after they carried off the “Best Band” title in their home State of Oregon.

This will be the American stringband’s long-awaited UK & Ireland tour. Reviewers have showered them with praise.

FolkRadioUK was first to get excited, Simon Holland saying: “Betty And The Boy emerge like a precious treasure that has somehow gained in lustre and significance, something very special indeed.”

The UK’s fRoots magazine said they were “a tight acoustic band – technically flawless,” while AmericanaUK welcomed their “baroque folk/pop.”