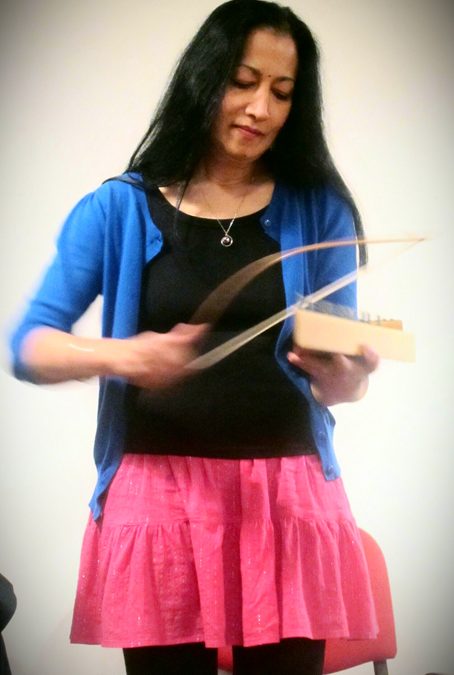 Singer, songwriter, multi-instrumentalist Bina Williamson has been performing professionally for about 20 years, mainly as a duo with her husband Robin Williamson. This time, Bina returns with a solo performance of her distinctive and moving adaptations of traditional songs and tunes from her debut solo album, currently in the making.
Bina has a hauntingly sweet melodious voice, to every song she brings a delicate and heartful authenticity all her own.
She plays bowed psaltery, dulcimer and autoharp.
She will be accompanied by Robin on celtic-harp and guitar.
This intimate concert at the Green Note is going to be an absolute enchantment, not to be missed!

“Bina has such a beautiful voice. She sings with the true sweetness of a magic songbird on a May Morning” Robin Williamson
“Really beautiful singing” Martin Carthy
“Enthralling ” Celtic Connections Festival