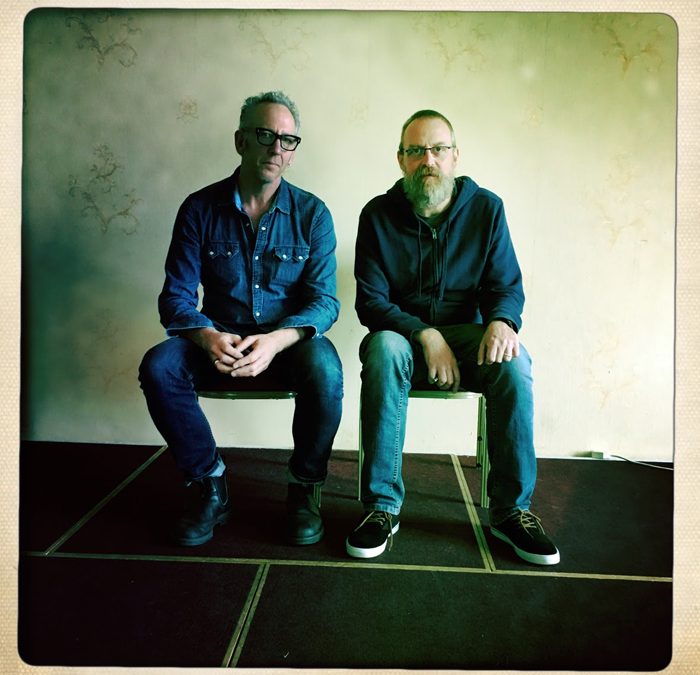 Boo Hewerdine and Darden Smith met thirty years ago. Introduced by a publisher they wrote songs together for four days in London. The results secured them a record deal with Ensign Records. A short while later they found themselves in Austin, Texas recording the album ‘Evidence’.

The album is a potent mix of Americana and Ukana (for want of a better word). It received rave reviews and featured in the Rolling Stone 500 greatest albums book.

Both Darden and Boo have continuing successful solo careers but ‘Evidence’ remains a favourite.

Last year they played a couple of shows in Scotland and England and were amazed and delighted to play to sell out audiences who knew every word.

This June, to celebrate this magical collaboration, that has resulted in a life long friendship, Darden and Boo will be playing a handful of shows in the UK.