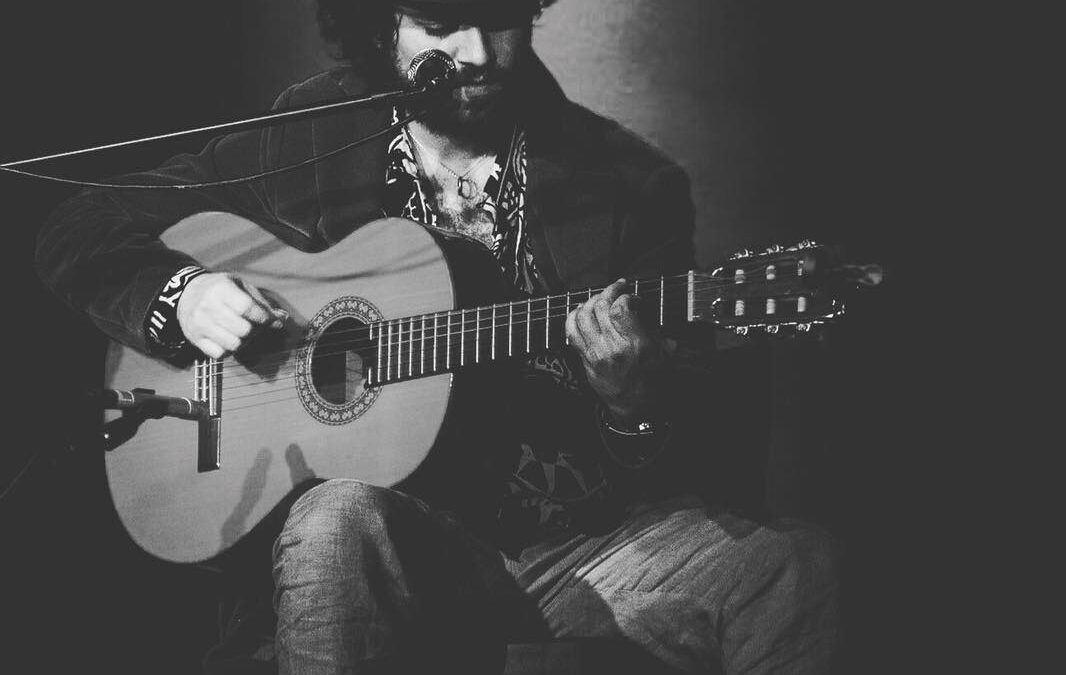 MARIO BAKUNA: Mario Bakuna performs a concert dedicated to João Gilberto who was a pioneer of the musical genre of Bossa Nova in the late 1950s. Around the world he was often called “father of Bossa Nova”.

Gilberto’s style combines traditional elements of samba with more contemporary jazz. His unique acoustic guitar style involves a syncopated rhythm of plucked chords, with chord progressions rooted in the jazz tradition. Mario will present reinterpretations of some of his compositions and celebrate with the audience one of the greatest Brazilian musicians of all times.

Mario Bakuna is a London-based Brazilian composer, arranger, singer and guitar player, with twenty years of professional experience. A graduate of the Free University of Music in Sao Paulo, Brazil, he studied with musicians such as Olmir Stocker, Roberto Sion and Roberto Bomilcar (pianist who played with Frank Sinatra during his visit to Brazil). In Brasil, Mario Bakuna has played alongside the trombonist Itacir Bocato, guitarist Renato Consorte, and pianist Nelson Aires, just to name a few.

His study focuses on the development of a music repertoire inspired by the greats of Afro-Brazilian Music, Samba, Jazz and Bossa Nova. In addition to developing new arrangements of music by enshrined Brazilian artists as Tom Jobim, Dorival Caymmi, Paulo Moura, and João Donato, in recent years he has been working on reinterpretations of Samba Jazz – musical genre that emerged in Rio de Janeiro in the 1950s and was led by musicians like Luiz Eça, Tamba Trio, and Edson Machado. Their repertoire was based on Brazilian Standards with more sophisticated harmonies inspired by the Post-Bossa Nova movement.

He travelled to Europe to expand his knowledge and skills and since settling in London has performed alongside musicians such as Jean Toussaint, Liam Noble, Ricardo dos Santos, Edmundo Carneiro, Cacau Queiroz, Alain Jean Marie, Dudu Penz, and Filó Machado.

Mario has recently been on tour promoting the album recorded alongside the percussionist Edmundo Carneiro – ‘Where Rio de Janeiro Meets Bahia’, and he’ll soon be releasing a new album as a quartet – ‘Brazilian Landscapes’.