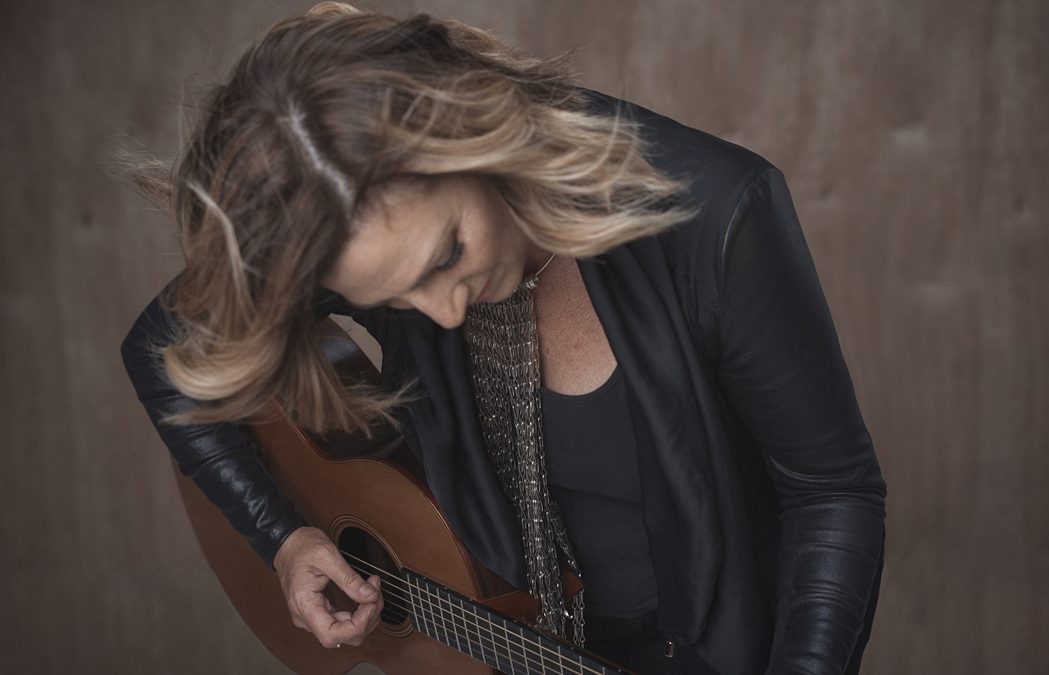 Brigid O’Neill is an award-winning singer songwriter from Northern Ireland, “with a voice that can break your heart at 30 paces” according to BBC Radio Ulster’s Ralph McLean.  She gained stunning momentum in her career with the launch of her latest original album ‘Touchstone’ – produced in Belfast and Nashville “Magic fully captured on record” (BBC Radio Ulster) “Imagery that will leave you breathless” (Musos Guide). It exhibits the full spectrum of her formidable repertoire – a sweet recipe of country-folk and blues blended with a delicious dash of jazz that has become her trademark sound.

While comparisons have been made to Emmylou Harris, Alison Krauss, Cara Dillon and Dusty Springfield, Brigid’s voice is singularly unique and known for bringing the busiest of rooms to an immediate hushed silence.  Fans and critics alike are drawn, not only by that voice and captivating lyrics, but by her engaging and assured live performances.

Since her singing carrier began at a famous Sunflower Folk Club in Belfast, she has toured extensively in the USA and Europe, at Irish Music Festivals and prestigious venues including the Smithsonian Institute Washington DC, and with her own original music she has recently played a string of sold-out shows and festivals, and also opened and sang alongside stars like Ian Archer, Paul Brady, Eddi Reader, Duke Special and Frances Black.

On receiving the prestigious Artist Career Enhancement Award from Arts Council of NI, which came hot on the heels of a Roots Radio Singer-Songwriter of the Year nomination, she headed out to Nashville (where she has performed at the world famous Bluebird Café and appeared on the Music City Roots show) and collaborated on exciting new material with Grammy-winning songwriters.
Her music is currently getting extensive airplay both at home, including BBC Radio Ulster (BBC Radio Ulster featured Artist of the Week) and RTE 1, in the UK and around the world. “She understands the craft of songwriting intuitively and there’s an honesty and integrity in her work that is very special.” – Ralph McLean, BBC Radio Ulster.

“She mixes touches of blues, jazz, and country with her traditional folk tones.  The assurance and otherworldly voice of Brigid O’Neill on Touchstone are remarkable.” Marky Edison Musos Guide

“From angelic vocals to sassy soul/ blues topped off with a nod to roots. This woman fits into so many genres and masters them well. True grit honesty in a mature writing style will poetic mastery.”  Downtown Radio