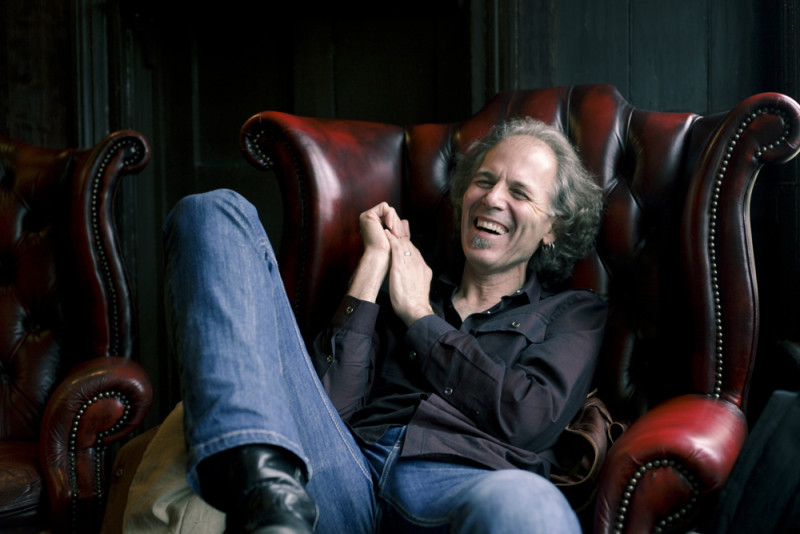 “I’ve known Brooks for many years. He’s a lovely player, a lovely singer, and a great writer and a lovely man. The real thing” Martin Simpson

Brooks Williams is ranked one of the world’s Top 100 Acoustic Guitarists and is a richly diverse and entertaining performer, a proverbial triple threat, with fiery guitar playing, smooth-as-silk singing, and stunning songs. fRoots says Williams is “absolutely beyond criticism!”

Originally from Statesboro Georgia, Brooks got his start in the clubs of New York and New England. 20 albums later, and now based in the UK, he tours around the world, from Kerrville Festival (Texas) to Cafe De Amer (Holland), from Cropredy Festival (England) to Club Passim (Massachusetts).

Williams’ music is genre defying, walking the line between blues and Americana. Imagine Doc Watson, Willie Nelson, Lonnie Johnson and Blind Boy Fuller sitting in a bar having a jam – and you’re just about there.

PETE RILEY is a singer/songwriter born and raised in Liverpool, England. Pete has been playing music ever since he can remember, He played his first gig in Liverpool at the age of 12, he then went on to play in numerous bands touring the British Isles, throughout the late 80s and early 90s. In late ’96 his band “Treehouse” decided to try their luck in the USA, They were strongly advised against this and told it would be a costly mistake, but they went ahead regardless with the backing of their then manager Dan Priest and set off across the Atlantic.
After grinding it out in the venues of Los Angeles (Whiskey Ago Go, The Troubadour etc.) word spread about the band from Liverpool. Then, out of the blue, on a scheduled day off, they were invited to play an impromptu gig at Borders Book Store on Sunset Strip. It was from this gig that the boys amazingly landed themselves a record deal with Atlantic records.
Pete toured the USA through 1997 with Treehouse who went on to release their debut album “Nobody’s Monkey” to critical acclaim. They continued touring America until 2000 opening for many major US artistes (too many to mention!) Sadly, at the end of 2001 Treehouse split up and went their separate ways after one last final tour opening for The Cranberries in the UK.
Pete then embarked on a solo career touring in the UK and Ireland. On release of his first solo album “After The Parade” Pete was invited back over to the USA to open for the American, multi -platinum selling artist Edwin McCain whom he had struck up a solid friendship with during his previous stints in the US. After opening for a couple of months he was asked by Edwin to join his band as a permanent member. which seen Pete tour the USA for 10 + years as a permanent member of the “Edwin McCain Band”

Pete went on to forge a writing partnership with Edwin McCain and co-wrote three successful albums as well as the single releases “Shooting Stars” and “Say Anything” and which were both co-written by Pete with Edwin and Maia Sharp.
Since then Pete has been writing/recording and producing with many different artistes worldwide. These include Edwin McCain, (U.S.A.) Narada Michael Walden, (U.S.A.) Maia Sharp, (U.S.A.) Angie Aparo, (U.S.A.) Kevin Kinney, (U.S.A.) Henry Priestman, (U.K.) Garry Christian (U.K.) (The Christians), Deadmono (Sweden) and most recently Amy Wadge (U.K.)
Throughout the last few years there has also been numerous TV appearances in the USA (VH1, CBS Good Morning America) and more recently on BBC 1 in the UK (The Politics Show) His song have also been used in Sky 1’s Stella featuring Ruth Jones. Pete’s songs also featured in the Warner Bros TV drama “Jack and Bobby” and the internationally released 2010 Miley Cyrus Disney Movie “The Last Song”.
In-between Pete’s busy schedule he has also been touring acoustically in the UK with Henry Priestman playing many instruments and writing on both of Henry’s solo album’s “The Chronicles Of Modern Life” which was released in 2011, and 2 on his latest album The Last Mad Surge Of Youth which was released in 2014.
Pete’s most recent project is a duo collaboration with singer/songwriter Amy Wadge who, originally from Bristol, is now based out of Cardiff. After playing a bunch of shows together led to the decision to record an Amy Wadge/Pete Riley duo album which was followed by a UK tour. Pete and Amy have continued to work & tour together and have released 2 albums “Rivers Apart” and “Afterglow”.