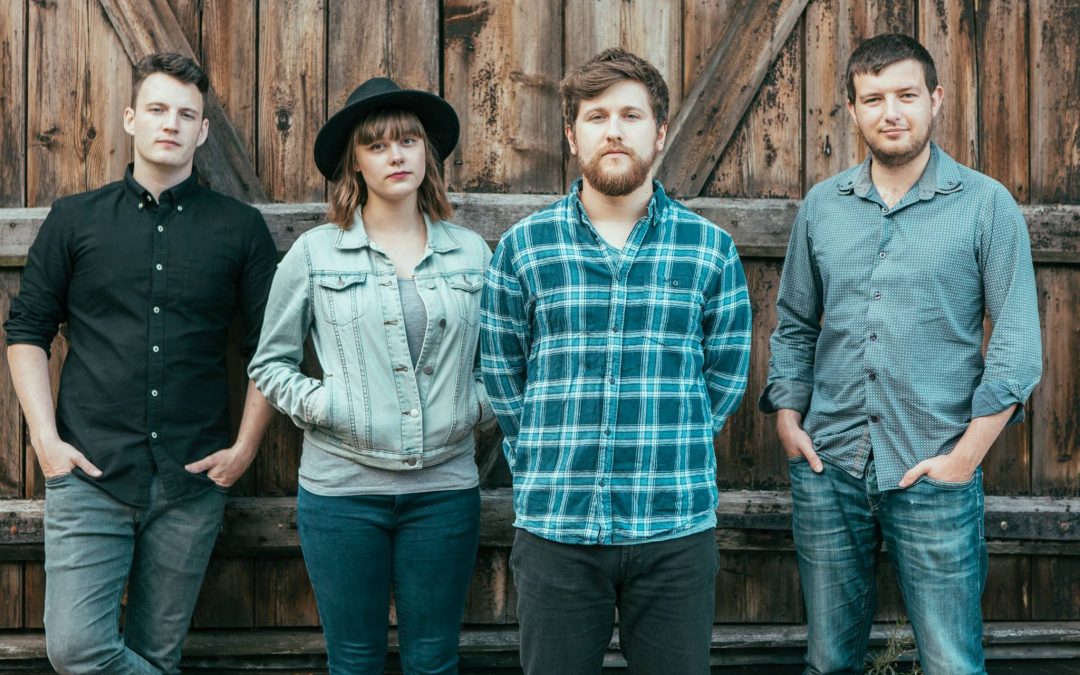 “Powerful. That’s the only way you can describe these guys.”
(BBC Introducing)

“Harmonies worthy of bluegrass, lyrics of the most bittersweet nature, with tunes of intricacy
and panache.” (Maverick)

“When these guys and girl put their voices together something magical happens. An EP which leaves you begging for a full album.”
(Pennyblackmusic)

“Given the right exposure, they could break through into the mainstream.” (RnR Magazine)

Carousel formed in 2015 after four established musicians and friends came together with one goal – to spread their stories and passion through their unique, captivating and emotional music. Their eclectic blend of Indie-Americana exudes influences such as the lyrical power of Bob Dylan and the energy and delivery of The Lone Bellow. Their brand of heartfelt, engaging music is breathing new life into venues all over the UK as the band begins to spread their gospel.

The band will debut on their first headline UK tour in late September-October 2018, with local support acts for each show, including: Harry Marshall, Lisa Wright, Melanie Baker, Alex Ohm, Emi McDade and more to be confirmed.

Carousel released their debut, self-titled EP in 2017, attracting attention from popular publications such as Maverick Magazine, RnR Magazine and The Mighty. Their prosperity is thickening into a gold of accolades – a productive year saw the band land them the reputable vote of ‘EP of the Year’ and ‘Favourite New Artist of the Year’ on Laurel Canyon Music as well as being named BBC Introducing in Essex ‘Sound of 2018’.

The start of 2018 saw Carousel continue to find success, supporting The Oh Hellos (USA) on their UK tour and seeing their single ‘Porcelain’ reach 100k streams on Spotify. Their new single, ‘My Father’s Son’ is out now, accompanied by a ‘making-of’ mini-documentary on YouTube.

Special guest on the night is Harry Marshall. Harry released his debut single Epilogue on the 26th of February through The A & R Department and records, sparking thousands of streams and downloads in the United States, France, and the UK. Epilogue charted internationally and peaked at number #19 on the Indie Music iTunes chart. Gaining airplay on Triple J Australia’s largest independent radio station, as well as other independent and college radio stations nationwide. Harry is now living and playing in London to further pursue his music internationally.

Harry Marshall began his song writing at an early age, performing his acoustically driven works to local fans in Emerald and around Queensland. Though his songs are melodically catchy, and lyrically enthralling, his highlight is Harry’s captivating live performances, with Reviews such as ‘Toe-Tapping fun and intimately entrancing for the slower songs… this kid was better than the headliners.’- (The Courier Mail 2014 The Collective concert) There’s a Reason why Harry Marshall has opened for such acts as Boy and Bear (2012 Brigalow Beatz), Tina Arena (2013), Reece Mastin (2013) including sharing the stage with one of the worlds biggest touring act today; Mumford and Sons (Riverstage 2015). Playing shows at 16, 17 and 18 that bands that have been playing for 20 years would die for.