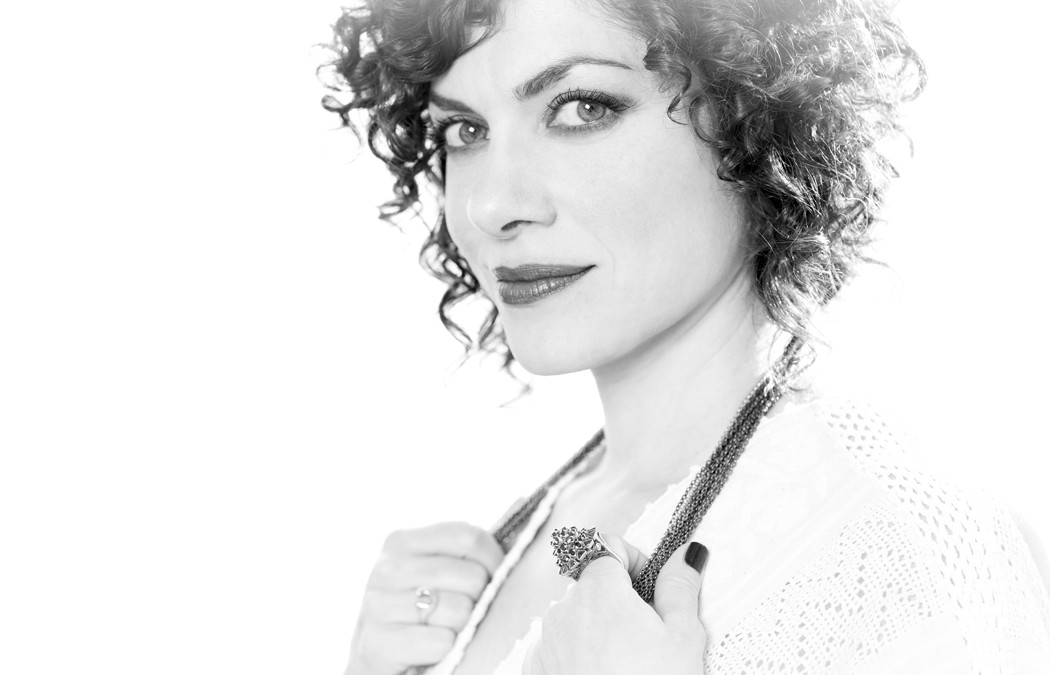 Carrie Rodriguez, a singer-songwriter from Austin, Texas, finds beauty in the cross-pollination of diverse traditions. A passionate performer, she effortlessly melds fiery fiddle playing, electrifying vocals and a fresh interpretation of new and classic songs with an “Ameri-Chicana” attitude. Her newest project, the upcoming Spanish/English album “Lola,” is both a return to her musical roots and something of a departure where she delivers her own twangy, Texas-bred twist on Mexican Ranchera songs, creating culturally blended music for a culturally blended world.

Inspired by the 1940’s-era recordings of Carrie’s great aunt, Chicana singing sensation Eva Garza, the album is a mixture of new and old songs. It features Spanish songs written by some of Carrie’s favorite Mexican composers, as well as her own Ranchera-inspired original songs written in English, Spanish and “Spanglish.”

Produced by Lee Townsend, the album is supported by an all-star band, The Sacred Hearts, assembled especially for this project. The band features internationally acclaimed composer/guitarist Bill Frisell, Viktor Krauss on bass, Luke Jacobs on pedal steel and guitars, David Pulkingham on nylon string guitar and electric guitar and Brannen Temple on drums and percussion. The crowdfunded project, supported entirely by friends and fans, is set to be released on Feb. 19, 2016 by Carrie’s own label, Luz Records.

“The outlier, Rodriguez… already so highly regarded that she’s not only captured the heart of Americana music aficionados but infused the Latino community with a singular dose of Ameri-Chicana pride.” – TODO Magazine

Carrie, an Austin native, began playing violin at age five. Her training quickly became the passion and focus of her childhood, and by age 10, she had performed as part of a group at Carnegie Hall. She continued the classical track in her first year at Oberlin Conservatory, then shifted gears to pursue her true love affair with the fiddle – staying true to her Texas roots – at the Berklee College of Music.

Early in her career, a collaboration with singer-songwriter Chip Taylor resulted in four highly acclaimed duet albums. Her subsequent solo albums highlight the diversity of her musical identity, from her debut “Seven Angels on a Bicycle” to 2013’s “Give Me All You Got,” which reached no. 1 on the Americana Music Charts.

“A superb interpretive singer, not only milking melodies for all their pleasure but also revealing new implications in the lyrics.” – The Washington Post

Carrie has toured, recorded and co-written songs with legendary artists such as Lucinda Williams, John Prine, Bill Frisell, Rickie Lee Jones, Mary Gauthier, Los Lobos, Alejandro Escovedo and Los Lonely Boys, among others. She has made numerous television and radio appearances, including Austin City Limits, The Tonight Show and A Prairie Home Companion. She has been profiled in many publications, including Rolling Stone, The New York Times, The Times of London, The New Yorker, the Washington Post and many more.

Carrie lives in Austin with her partner and musical collaborator Luke Jacobs, a multi- instrumentalist/singer-songwriter from Minnesota, and their son, Cruz Calvin Jacobs.