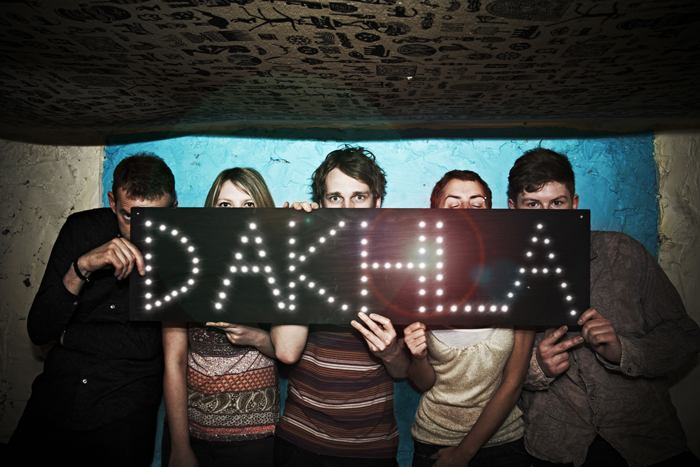 Armed with just a trumpet, two saxophones, a trombone and a drum kit Dakhla Brass have embarked on a magic exploration of the richness of brass music as celebrated around the world. Their distinctive fusion boasts echoes from the deserts of Rajasthan to the souks of North Africa, the carnival parades of the Caribbean and the downtown bars of Louisiana.

Each of its five members came to Dakhla Brass bursting with musical accomplishment in fields including jazz, Latin, rock, folk, soul, ska, R’n’B and swing. All of this shines through in the band’s music, but their (highly) original compositions are much more than the sum of those parts. The Dakhla Brass sound gives even these excellent musicians the chance to take things to a higher level.

In under five years they have released three albums of original music, carefully honing an identity with intricately written musical tapestries woven from glittering brass threads. The sheer quality of their music has caught the ears of BBC Radio 2, 3, 4, 5, and 6 while their live performances have included sharing prestigious stages with top international contemporary outfits, including the Youngblood, Hypnotic and Hot 8 Brass Bands.