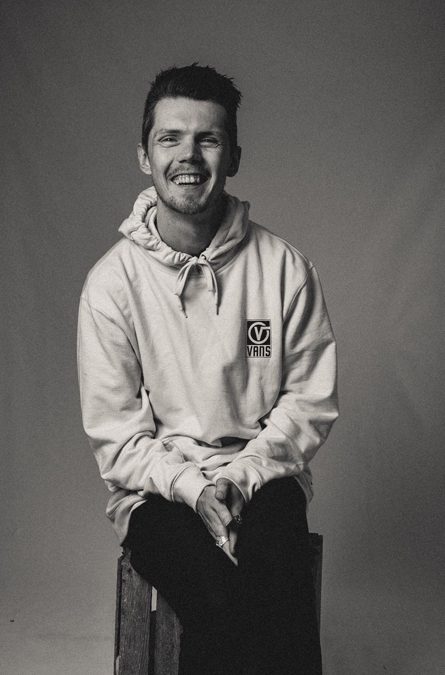 ”A compelling and authentic voice melding classic rock and roll with soul.”
The​ ​Line​ ​of​ ​Best​ Fit

Dan Bettridge is an artist whose output has defied rigid classification as soul, rock or country. Bettridge stands up with the kind of growl and swagger you’d expect from a singer songwriter twice his age.
In Dan’s case, his style is an amalgamation honed from his parents’ record collection – James Taylor, Joni Mitchell, Bob Dylan, and his own love for artists such as Frank Ocean, Ben Howard, Bon Iver, Childish Gambino, John Mayer among many more. Such a round music experience provided the perfect range of classic and modern contemporary sounds to inspire an artist to produce instant classics.
With the ever shifting sands of how people consume music, Dan took it upon himself to release his 16 track debut album in Waves before releasing as a full LP. This approach has grown Dan’s audience over the past 6 months and has led to him effortlessly picking up tastemaker acclaim across the likes of ​CLASH MAGAZINE, THE LINE OF BEST FIT and ​TMRW MAGAZINE. With the fourth and final instalment of his debut album ‘Asking for Trouble’ featuring a re-mastered version of his hit single ‘Third Eye Blind’. Recording everything from his wooden cabin in the countryside of South Wales, this is a pure emerging artist that takes his craft as seriously as his muses.
With radio support coming from both​ ​BBC Radio 1 ​and ​BBC Radio 2 as well as playlist support on ​BBC Radio Wales, Dan’s ability to cut across traditional lines of tastemaker and classic continues to define him on his own terms. His workrate and natural, technical prowess makes this last instalment a thrilling last drop – it’s also one to savour.

Support: Vicky Sometani is a Chicago born American singer songwriter now based in London. Possessed of a stunning soul voice, her excellent roots sound blends blues, jazz, and indie folk to a brilliant effect. She has been featured in several live videos including London Live Sessions, Sofar Sounds, and Laid Bare Sessions. Vicky is currently working on her debut EP and can be found performing all over London.