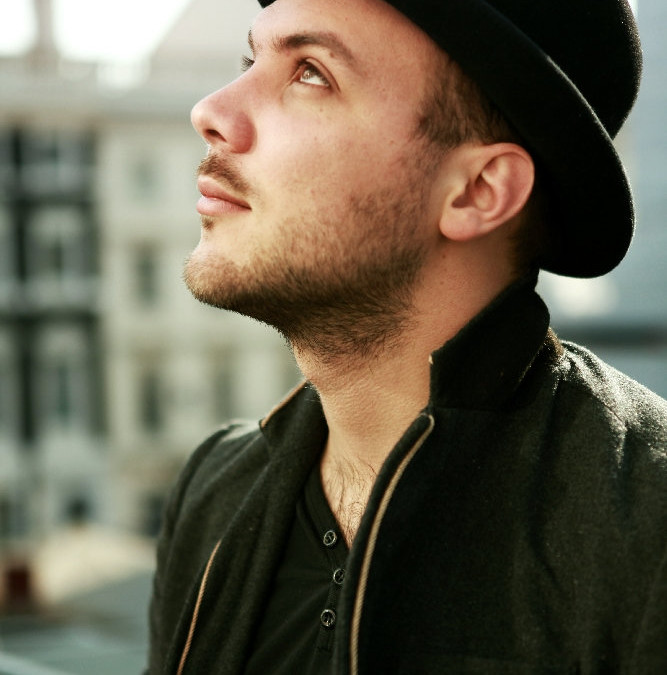 DAVE GILES: Underground artists are all of a sudden seen amongst the big name acts. This is arguably due to the increasing level of accessibility to DIY recording. We now live in a time where bands or solo artists can release their music on self-funded record labels Essex born singer songwriter Dave Giles, 31, is the epitome of a DIY artist.

Up until their split in the middle of 2010, Dave was the guitarist in a large underground indie band and his sudden change in course came as a shock to the bands fanbase. Not only were followers upset over the breakdown of the band but sceptical over the concept of Dave being a one man act. However, due to his reputation of being the cheeky and charismatic one in the band, many gave him a chance, and his debut seven track EP “The First Seven” was launched in October 2010 with a sold out show at The Barfly in Camden, released (as with all of his material) by his own record label “Cheeky Chimp Records Ltd”. Since then he has toured the UK numerous times as well as tours of Ireland and Australia and numerous releases.

Being an artist in the 21st century definitely has its advantages for unsigned artists. Various social medias such as Facebook, Twitter, and YouTube offered Dave the communication with the public that he so desperately needed at the time. Being able to promote his music, his gigs and in general, himself to his current as well as potential followers worked outstandingly well for Dave. People took a shine to his openness, his raw song writing skills as well as his interest in others. Dave Giles is a rare artist who spends a lot more time with his fans than just inviting them to gigs.

Dave’s musical style is casual and slightly, yet wonderfully juvenile. Drawing inspiration from idol, Billy Bragg, Dave’s music is a form of folk, acoustic rock with his own twist.

Always the shepherd and never the sheep, Dave’s performance on stage is always unpredictable and innovative. Equipped with a sharp wit, props and quirky songs, Dave knows how to put on a show. Whether he is prancing around bare foot (a common trait of the Essex boy) or gathering the audience to sit on the floor, in a circle around him, Dave always manages to keep an audience on their toes (or in some circumstances, not).

Basically, Dave isn’t one of those stylish, good looking singers.

He just does music and hopes that people listen.