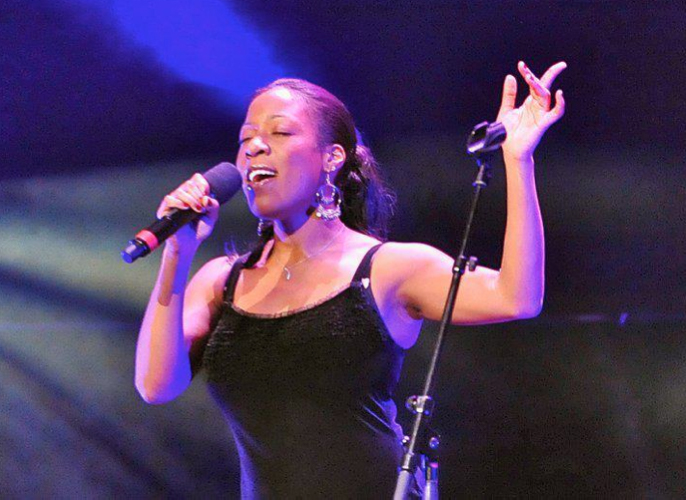 London-born and award-winning vocal artist Deelee Dubé made history as the first British Sassy Awards recipient, winning the prestigious Sarah Vaughan International Jazz Vocal Competition in 2016, and possesses what Jazz Times called ‘a warm tone, genuine blues feeling and easy rhythmic authority’. Embodying a stellar African musical lineage, the eclectic tastes of a London upbringing, and a deep love and respect for the jazz tradition, Deelee is one of the most gifted vocalists to have emerged from the London scene in many years.

Recorded on the Concord Jazz US label and released in 2020 to unequivocal critical acclaim, ‘Trying Times’ was applauded as ‘a most impressive debut’ by All About Jazz, and subsequently won the South African Mzantsi Jazz  Awards for best International Jazz Collaboration in 2021.

‘Ms. Dubé, the first British recipient of the Sarah Vaughan International Jazz Vocal Award, has a voice of the purest gold’ – Jazz In Reading