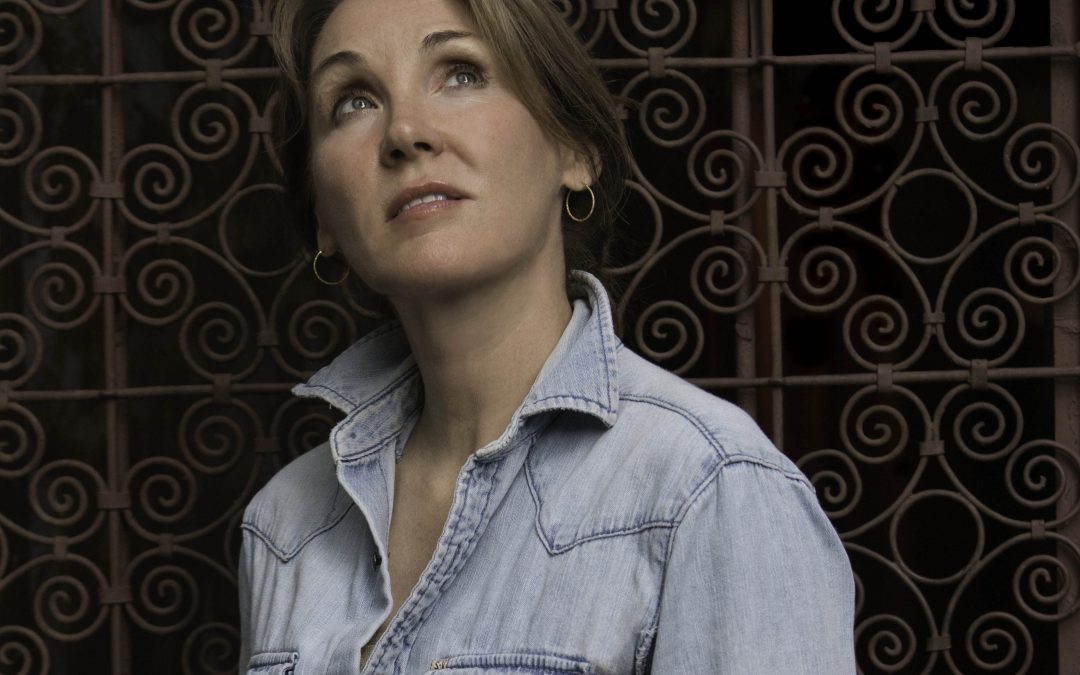 “There’s some kind of channeling from some other lifetime going on…it must come from some mysterious part of her soul.” –Joan Baez

“Diana Jones is one the best songwriters I have heard in a long, long time.” –Steve Earle​

“Diana Jones’ “voice”, both as a singer and a songwriter, is completely her own–a rarity in today’s wold.”–Janis Ian

“Songs come in a flurry of inspiration. I don’t understand it but I’m grateful.” American singer-songwriter Diana Jones has been called the “Emily Dickinson of song” and “the female Johnny Cash” in reviews and rightfully so. But a journey of adoption and reunion as mysterious as her songwriting led to the gritty, authentic, Americana storytelling that has become her life’s work and her live show. Adopted as an infant Diana grew up in suburban Long Island feeling an unexplained attraction to rural Southern music. “My brother had Johnny Cash’s live ‘At Folsom Prison’ album, and I stole it from his room,” Jones recalls. “Whenever I heard that or someone like Emmylou Harris, I’d think, ‘Wow, that’s beautiful.’ I just didn’t know where to find more of it.” In her twenties the attraction was explained when Jones met her biological grandfather, a singer and guitar player, who introduced her to the folk songs her ancestors had been singing for generations. Gradually she discovered an uncanny affinity for Appalachian music and began claiming it as her own as she discovered her true artistic calling.

With five original recordings to her name Diana Jones makes the kind of records that signaled popular breakthroughs of artists such as Joan Baez or a Judy Collins at the height of the folk or singer-songwriter movements of the 1960s and ’70s. Her 2006 debut My Remembrance of You, earned her a nomination as Best Emerging Artist at the Folk Alliance Awards, leading to tours with Richard Thompson and Mary Gauthier, appearances at folk festivals on both sides of the Atlantic, and covers of her songs by Gretchen Peters (“If I Had a Gun”) and Joan Baez (“Henry Russell’s Last Words”). Diana has performed and toured with artists including Richard Thompson, Nanci Griffith, Steve Earle, Mary Gauthier, Ralph Stanley, and Janis Ian.

Joan Baez, in an interview for the New Your Times, said that writers of Ms. Jones’s caliber come along only every so often. “There’s some kind of channeling from some other lifetime going on, I don’t know the answer to these things, but all I can think of is that it must come from some mysterious part of her soul.”

Please Note: The Lexington is a standing venue, with very limited seating.