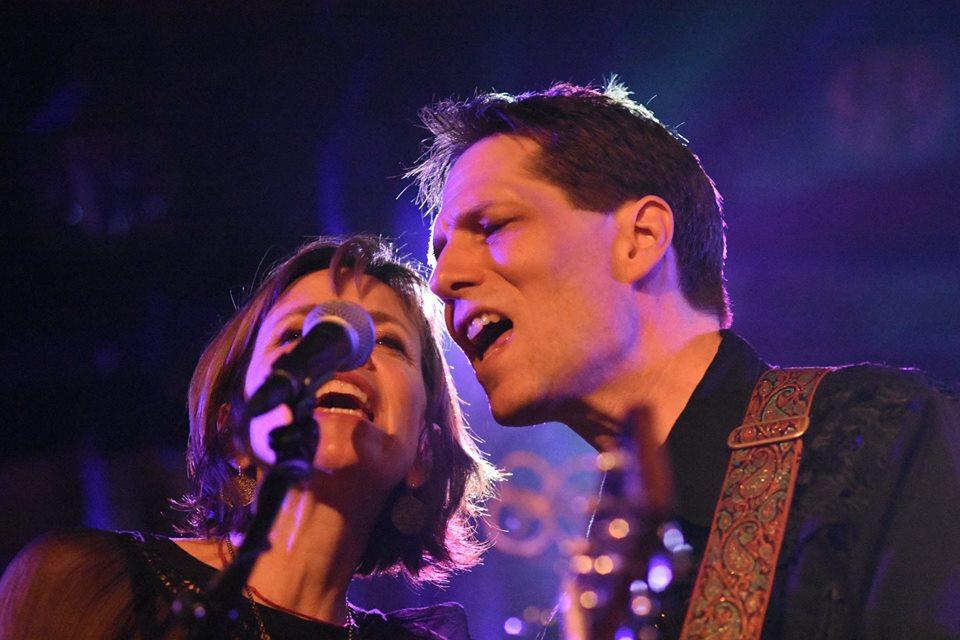 For over 20 years DOLLY VARDEN has been wowing and charming audiences with the warm, sublime interplay of Steve Dawson and Diane Christiansen’s voices; the emotional potency, intelligence and undeniable melodicism of Steve’s songwriting; and the supple backing of supremely versatile guitarist Mark Balletto and the limber rhythm section of bassist Mike Bradburn and drummer Matt Thobe as the band encompasses rock, folk, country and R&B/gospel influences to create something solely its own. From the 1995 debut, Mouthful of Lies, through The Dumbest Magnets (2000) and The Panic Bell (2007), Dolly Varden has built a sizable, loyal fan base, and now listeners new and old can reap the considerable rewards of their latest release, For a While. It’s an album that feels like it couldn’t have been created at any other point in the band’s history. For a While finds Dolly Varden occupied with the passage of time, diving into lifetimes of memories to make better sense of today. From the delicate opening reflections of “Del Mar, 1976,” to the Diane-sung transience-themed title track to the generations-spanning ballad “Saskatchewan to Chicago” to the album’s centerpiece, the achingly gorgeous “Mayfly” (“We are lucky, and I must not forget”), Dawson and the band demonstrate that time has had only a positive effect on their artistry. Dawson’s songwriting has gained in depth and observational powers while his voice and Christiansen’s voice have never sounded richer or more expressive.