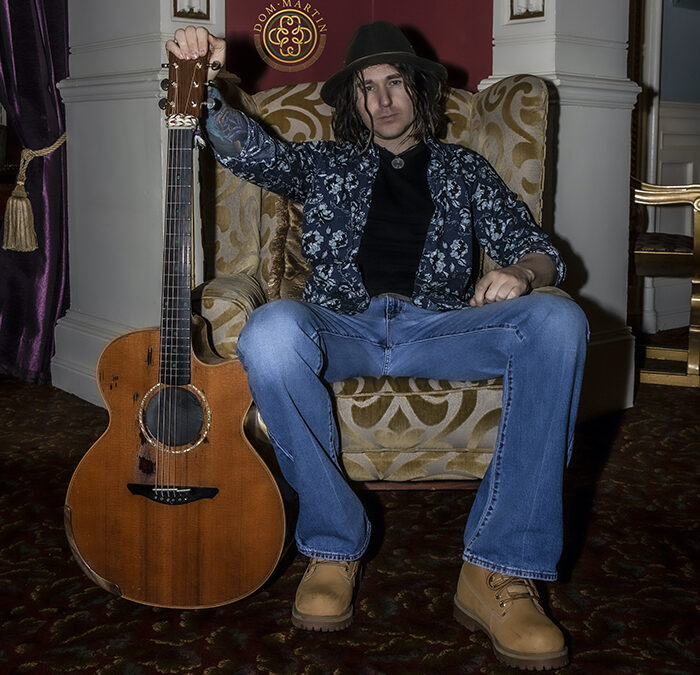 DOM MARTIN:  Dom Martin (30) is a Belfast born multi award winning singer/songwriter, inspired but not constrained by the blues.

In 2019 he burst onto the UK and European music scene with a unique guitar style and voice, captivating the audience at every venue.
His main influences are Rory Gallagher, Tom Waits, John Martyn, Jimi Hendrix, Bob Dylan, Howlin’ Wolf and Muddy Waters.

With five BBC Radio live sessions prior to a first album release, Dom impressed with his 2018 debut original EP “Easy Way Out” with BBC presenter Cerys Matthews describing his work as “absolutely wonderful stuff.” His debut album “Spain to Italy” was fully released on 4th December 2019 to critical acclaim and was an IBBA “Pick Of The Month” gaining airplay on around 100 stations globally. The album has had over 172k Spotify Streams to date (May 2021).

‘Spain to Italy is not just one of the best debut releases we’ve heard in some time but among the best albums we’ve heard from any artist this year’ bluespowr.com

‘The likes of Dom’s talent only comes around once in a lifetime’ makingascene.org

After his debut sell out “Spring ’19 UK Tour”, Blues in Britain Magazine said “Now and again you stumble across a rare talent of such sheer genius that you actually wonder whether what you have witnessed can possibly be for real. Dom Martin is one such talent”