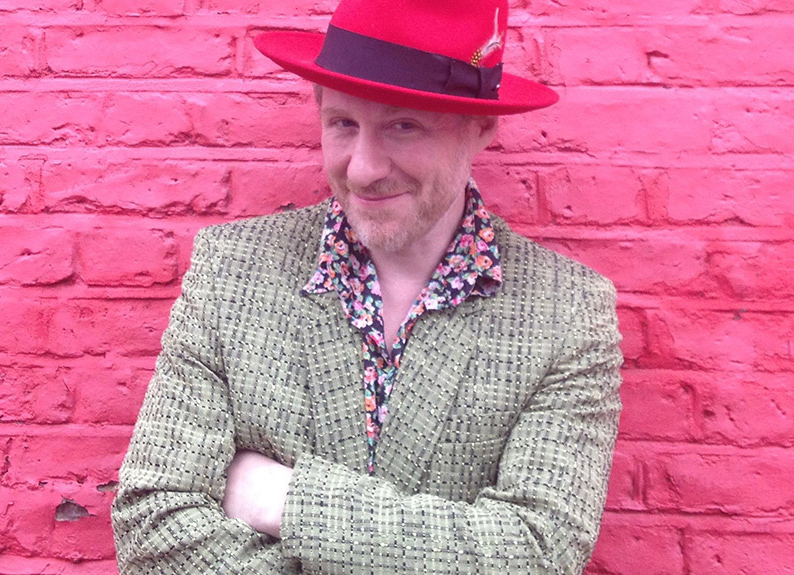 DOM PIPKIN: One of Europe’s most authentic and spirited  blues and jazz piano players

“The soul of New Orleans in the UK” Dom Pipkin is at the forefront of musicians keeping the classic New Orleans sound alive.  With fans ranging from Eric Bibb to Jamie Cullum and Hugh Laurie, Pipkin has played piano all over the world, sharing stages with Allen Toussaint, Dr John , Marcia Ball and Screamin’ Jay Hawkins.  He has made countless radio and television appearances, and has worked with renowned artists from Pee Wee Ellis, Zigaboo Modeliste from the Meters, to Talking Head’s David Byrne.  He played piano privately for the late film director Stanley Kubrick.  When not performing solo or with his band The Ikos, Pipkin continues to tour with 90s trip hop stars Morcheeba, on whose album “Big Calm” he recorded keyboards.

Studying jazz at the Royal Academy of Music, Pipkin has gone on to perform at piano and blues festivals everywhere – he held a residency at London’s Ronnie Scott’s club, and has performed at the world-renown “Piano Night” in New Orleans, as well as at the prestigious “Booker Back Bar Sessions” at the Maple Leaf Bar, honouring the legacy of pianist James Booker.  He also performed many live sessions around the release of “Bayou Maharajah” , including its world premiere in SXSW, Texas,  the movie depicting the work of this exceptional musician.   He has appeared with local artists at the New Orleans Jazz and Heritage Festival, headlined the UK Boogie Woogie Festival in 2019, is headlining the Steinway Two Piano Festival in London 2020, and when not travelling and is continually found playing, teaching and writing around his home city.

He is acknowledged by both public and fellow piano players as one of the very the finest in his genre, with a wildness and fire in his playing that “builds to a fever pitch and leaves the audience dancing and clapping for more” – Classic Rock Blues.

“one of the worlds’s finest exponents of the music of New Orleans…. a true piano talent” Blues In Britain magazine

“Dom Pipkin flails the organ to within a millimetre of Jimmy Smth and just dig that almighty piano.”   Straight No Chaser magazine  (Max Reinhardt)

“I can’t hold a candle to this guy.  He’s a great piano player”  Jamie Cullum, live on Radio 2

“I really love your stuff.  I hope we play together again soon!”    (Grammy and W.C Handy award nominated)    Eric Bibb

“Quite the revelation! ..Lighting up the British blues and RnB scene at the moment, very very good indeed.  A fine band!”  Paul Jones (Manfred Mann, The Blues Band), BBC Radio 2

“I love your band!  You get me singing and dancing”    Paul Sanchez,  multiple award-wining New Orleans songwriter/ artist

“Dom brings the whole New Orleans thing to the UK.  So good!”    Zigaboo Modeliste of international supergroup The Meters and godfather of New Orleans funk drumming”

“Dom’s solo shows are a treat – intimate, moving, funky and lively. A real romp through the heart and soul of New Orleans piano and beyond”  – Kino-Teatr

“One of the UK’s musical gems!”   Peggy Sue’s Music Bar