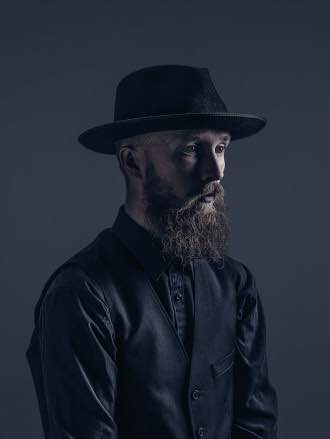 Duotone’s new album Let’s Get Low, written at home on his narrowboat, reveals a songwriter who is unafraid to explore real-life experiences that are often hidden from view. His debut album Work Harder & One Day You’ll Find Her (2009) and critically acclaimed second LP Ropes (2011) saw Duotone navigating his way through a personal loss; Let’s Get Low, after two years in the making, presents a new perspective on his experiences and explores the meaning of home and his sense of place. He has made a remarkably optimistic collection of songs.

As well as two ‘5 star’ albums, Duotone has a long list of captivating festival appearances to his name, among them ‘End of the Road’ and ‘Green Man’. With his mesmerising solo performances, which move seamlessly between riotous energy and heartfelt intimacy, it is easy to see why Duotone has a rapidly growing fan base.

THE AUGUST LIST: Hailing from Dorset and now residing in a small barn perched on a hill in Oxfordshire, The August List are a boy / girl two-piece who play ‘backwards country / porch folk’ with a startling rock ‘n’ roll attitude.

Acoustic guitars, kick drums, harmonicas and their voices are deployed with verve and passion on songs that take in life, love, death and making merry.

“It’s a rare West Country husband-and-wife duo that can pull off the knack of sounding simultaneously like a vintage Louisiana jug band and at the same time very much like themselves.” – Tom Robinson

“Stripped down roots-inspired music that stylistically has its core in folk and country, but it’s sights set a little further afield also“ – Americana UK

“The rawness recalls the work of the White Stripes… If you like your Americana with an edge you are going to love The August List.” – PennyBlackMusic

“Musically they share common ground with other great married couples of country, from Carter-Cash to The Handsome Family…Lovely stuff…”
~ Nightshift Magazine Demo Of The Month Feb 2013