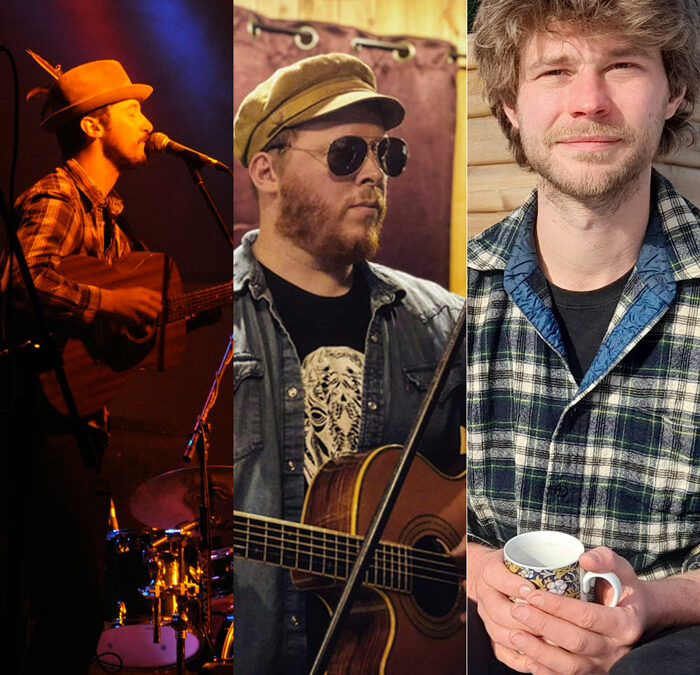 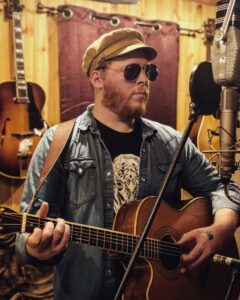 DYLAN WALSHE is an international recording & touring Irish folk music singer-songwriter. Born and raised in southeast Dublin, he is now based in Nashville, Tennessee. He has toured with Flogging Molly, Avatar, The White Buffalo, The Mahones and recorded with James Fearnley of The Pogues.

CROOKED WEATHER is the music vehicle for Will Bladen, an English musician and songwriter from Yorkshire who lives with his hands in the earth and his heart on the road. Travel and adventure, both without and within, inspire Will’s craft. Poetic lyrics combine with gravelly vocals that invite listeners to join him as he journeys in the land of song. 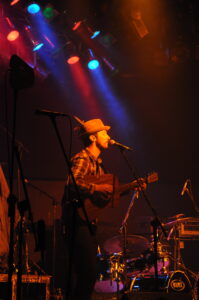 Culley recorded his debut album with the British musician and producer Giles Perring, Bundle of Nerves, in an old school classroom on the Scottish island of Jura. Incorporating Perring’s multi-instrumental abilities and the bass playing of Simon Edwards (Fairground Attraction, David Gray, Billy Bragg), the album was released to critical acclaim in 2010, MOJO magazine referring to it as an ‘impressive début’ and awarding it four stars.

His second offering, The Owl, produced by Daniel Webster, was put together in York and his native Harrogate for release in 2011. The Sunday Express awarded The Owl four stars and compared Culley to both Tim Buckley and José González.
Shortly after recording The Owl, Culley moved to Poland.
Working again with Giles Perring, Culley recorded tracks for his third album, Phosphor, in Kraków, Poland, and at Perring’s studio on Jura once again. The album, which features the upright bass playing of Ash Johnson, also incorporated Perring’s playing once more, alongside guest performances from Simon Edwards on psaltery, drummer Phillip Harper and the singer Melanie Pappenheim. It was released on 8 July 2013 and has been highly praised. Paul Sexton of BBC Radio 2 said ‘Phosphor is an excellent album…’ Soundblab awarded Phosphor 10 out of 10, calling it ‘one of the finest alternative albums so far this year.’. The Italian website Ondarock.com also lauded Phosphor, saying ‘Phosphor is a valuable antidote to the poverty of inspiration and courage of many heroes of the indie singer-songwriter genre.’