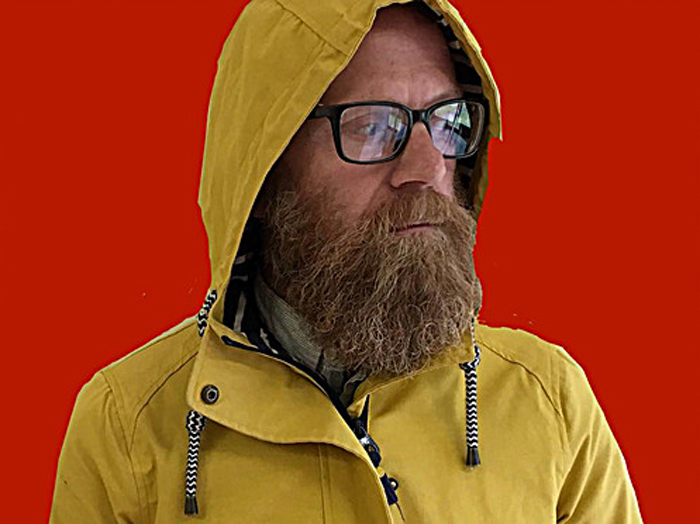 Edd Donovan is a highly distinctive singer and songwriter with a rare, original talent. His sound is heartfelt – comforting, yet challenging – wise.

He’s a folk songwriter in the most contemporary sense. He crafts songs that tell stories of modern life; a lyrical alchemist weaving magic and meaning with glorious melodies.

Edd’s professional experience as a Social Worker has inspired a number of his songs (he continues to work as a Mental Health Social Worker) and The Guardian’s article on Edd, “The Singing Social Worker” gained his songwriting international attention.  His song, ‘I Am’ was selected by Reg Meuross for his Radio 2 Folk show playlist in January 2018 with the words, ‘Edd Donovan isn’t famous, but with songs like this he should be’.

He is currently touring to promote his 3rd album, Guardians Of Our Time, an intimate, experimental, sublime recording; a beautiful soundscape with Edd’s trademark socio-political lyrics and meticulous imagery taking centre stage. The driving theme through this album is very current. It fundamentally addresses the need for change, personally and collectively, in the face of environmental and political crisis.

‘Guardians Of Our Time’ is the title track of the album. A rallying call, a celebratory protest song where ‘young hearts, young minds bring the revolution to life’. He will be performing as a trio with Chris Cundy (Timber Timbre/Cold Specks) on bass clarinet and Emma Parker on harmony vocals.

​”In a time of deep uncertainty, while we watch politicians jockeying for position and personal gain, Edd Donovan is our conscience. Edd Donovan for Prime Minister!” Americana UK

“Banter, both humorous and thought-provoking, engages the audience. More great lyrics follow in the vein of the iconic folk songs, and especially reminiscent of Bob Dylan”  National Country Review