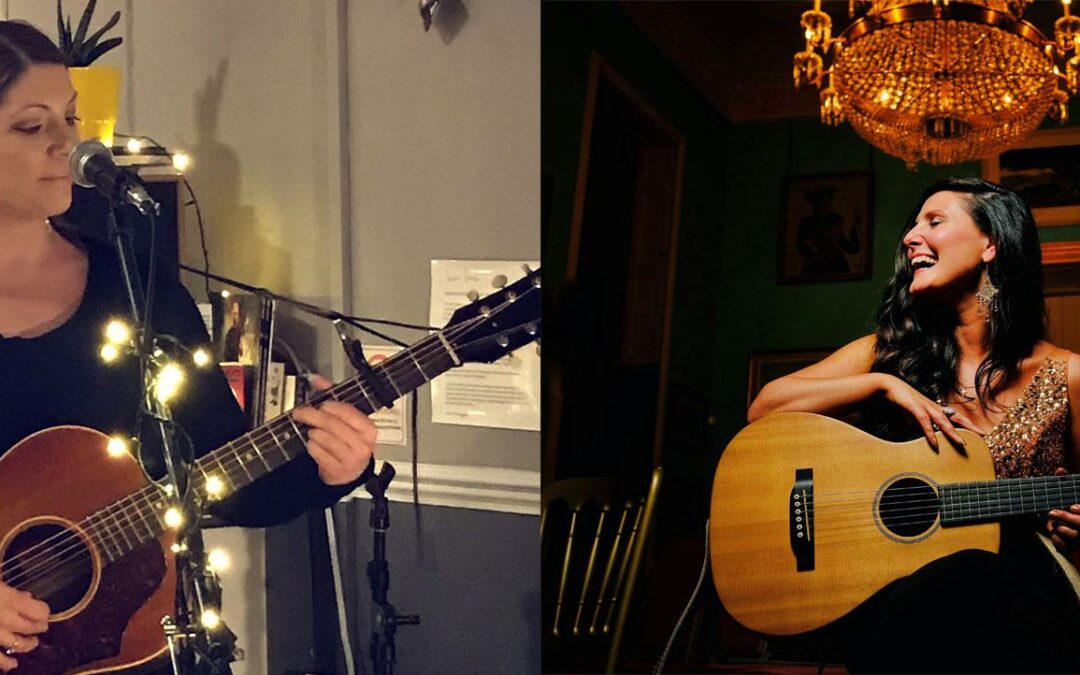 
Book Tickets
£ 20.00
EDWINA HAYES‘s beautifully written songs, charming stage presence and voice of an angel have won her a reputation as a true natural talent of gentle folk-Americana. She has opened numerous shows for Jools Holland and Van Morrison as well as her own gigs playing everywhere from Glastonbury Festival to The Royal Albert Hall.  Edwina numbers Michael Parkinson and Mike Harding among her fans and the title track of her album Pour Me A Drink was covered by Nanci Griffith who calls her ‘the sweetest voice in England’. Her cover of the Randy Newman song Feels Like Home was featured in the Cameron Diaz film My Sister’s Keeper and has since had over twenty million plays on You Tube.
‘Haunting honeyed solo songwriter.’ The Guardian
‘A very talented young lady.’ Michael Parkinson

DEBORAH ROSE is an international singer-songwriter from Wales. Her pure voice has been likened to Eva Cassidy, and her cinematic sound to Enya with the troubadour spirit of Joni Mitchell. Her style transcends genres, from folk to pop, jazz to bluegrass, and she draws inspiration from the bohemian poets and painters of the Pre-raphaelite era. She has toured with Judy Collins, American songwriter Jimmy Webb, Ralph Mctell and presidential nominee Marianne Williamson. More recently she has been performing alongside comedian and pianist Alistair McGowan. Following in the footsteps of Johnny Cash, a unique part of her work is music therapy and songwriting workshops in prisons. Deborah Rose is not just a musician, but a creative force, bringing the joy of music and songwriting to all who meet her.

“ One of the finest voices I’ve heard “ Judy Collins

“When I heard Deborah sing her beautiful music felt like a tuning fork of the soul. You could feel it in the room, we were all in a place of one heart beat and I was reminded of a line from Mahatma Gandhi when he said ‘politics should be sacred.”
Marianne Williamson, author and activist, democrat who ran for President of the USA.

“Deborah Rose casts a spell with her songs and her voice. Her music brings you to another place, a place of calm, a place of wonder, a place of mystery. She has dedicated her life energy to service and music, and the result of her hard work is this collection of beautiful songs for us to savour, a gift to the world. She’s a gem, as are these songs. Please give a listen!” Mary Gauthier