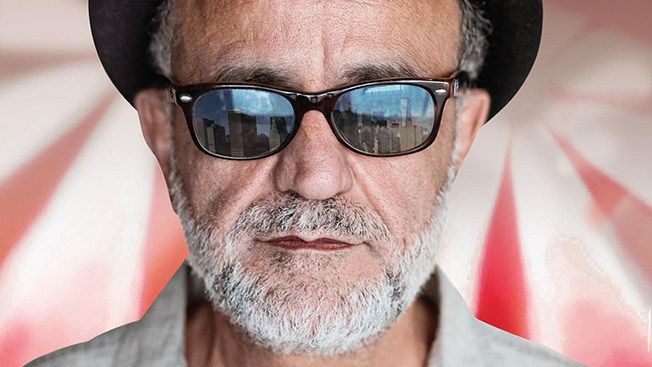 The musical collaboration of MICHAEL CHAPMAN and EHUD BANAI may not seem like an obvious coupling, except for the fact that Michael Chapman has for some years now been pushing his musical envelope in all directions, embracing many genres of music some for the first time, and Ehud Banai cut his musical teeth back in the 70’s listening to Michael Chapman, in the valley of Rosh Pina in Upper Galilee.
Michael knew nothing of Ehud whilst Ehud knew much about Michael’s music, so when they finally met it was in Tel Aviv in the autumn of 2013 in a local radio session, and they actually played together.
“The hairs on the back of my neck stood up. There was such an instant rapport. It was totally mesmeric”- Andru Chapman.
Since then they have toured together several times with the musical empathy developing all the while into a totally unique combination of Middle Eastern chords, Chapman riffs and Hebrew lyrics.
Michael says the meeting up with Ehud has been the most rewarding and fulfilling event in the past few years.
They have an album to complete in November this year in tel Aviv and April/May next year sees them touring & collaborating together for the first time here in the UK.