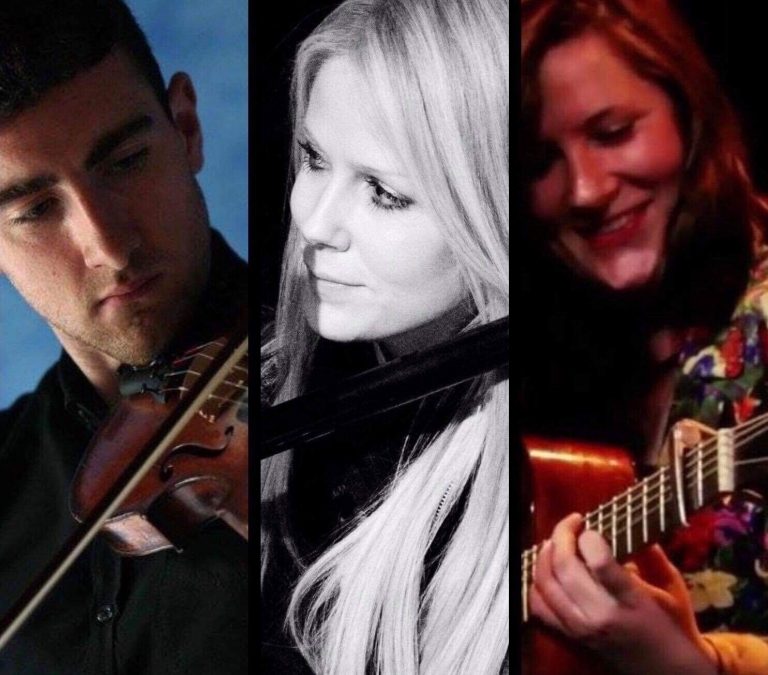 They will be performing an eclectic mix of rare old traditional tunes researched by James and Eimear, some classic folk songs and some more contemporary compositions. The classic combination of Flute and fiddle will be complemented by Sinéad’s subtle guitar accompaniment and original songs.

Irish flautist Eimear McGeown has steadily built a reputation as being one of the world’s most versatile exponents of both the classical and Irish flute.

James Carty is one of the finest exponents of Sligo fiddle music and one of the leading players of his generation…. James currently lives in London and has become one of the mainstays of the traditional music scene

Retaining a family tradition of Irish traditional music, Folk and Country and writing songs within that genre, singer-songwriter, Sinéad Egan also incorporates hints of Soul, Jazz and the Blues seamlessly to arrive at a unique blend that we associate with her today.