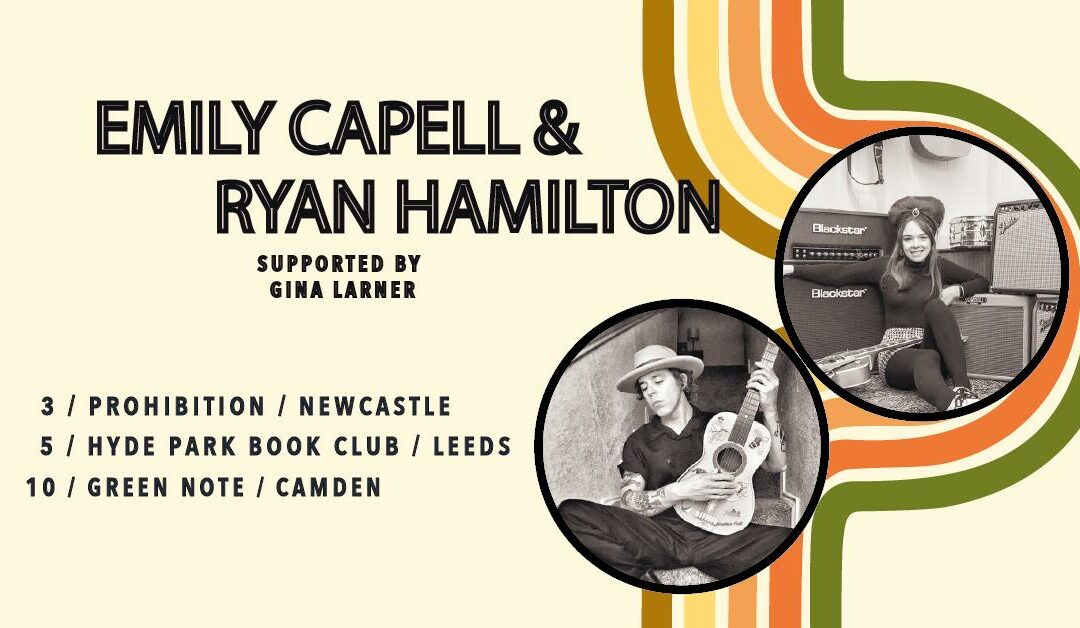 With a wide range of influences from Dolly Parton to The Clash, EMILY CAPELL has brought a new genre of country, ska, doo wopp and pop to the music scene. Since starting out in 2010 Emily has released 3 EPs entitled ‘Who Killed Smiley Culture?’, ‘Who Framed Winston Silcott?’ and ‘Who Stands With Latasha Harlins?’. Her debut album ‘Combat Frock’ was released in October 2019 which included Emily’s single ‘I Found A Footballer To Marry Me’. The album was a huge success only growing her fanbase and cementing her credentials as the new singer to watch.

Based near Fort Worth, Texas, singer/songwriter RYAN HAMILTON released his first solo album, the critically acclaimed ‘Hell of a Day’, back in 2015. Ryan had experienced success across North America and Canada – and has seen recent recordings with new band “This is the Sound” very well received in the UK.

GINA LARNER is a singer/songwriter from Brighton, who’s original songs are a mixture of beautiful folk with influences of country/poprock.