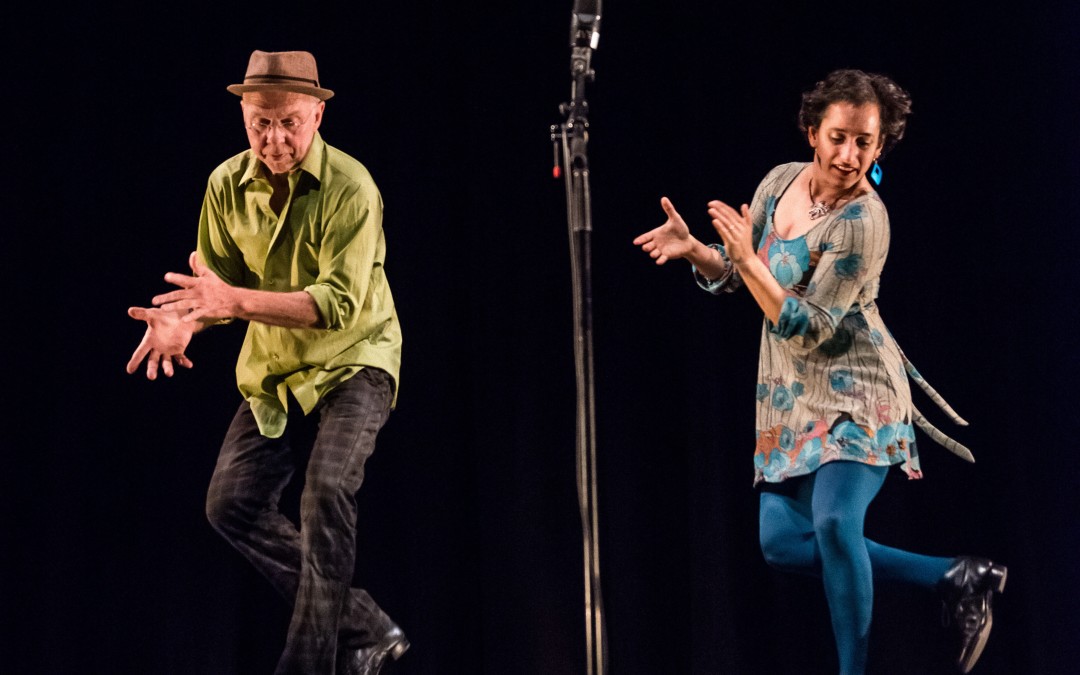 You don’t often hear words like “traditional,” and “authentic” paired with “innovative” and “unique,” but Evie Ladin and Keith Terry bring them together brilliantly – Folkworks, Los Angeles

A multi-talented singer, songwriter, clawhammer banjo player and step-dancer, Evie Ladin is a truly sensational live performer. She grew up surrounded by traditional folk music in the North Eastern USA, her family home always open to musicians and dancers travelling through. Playing banjo from the age of 8 and clogging since she was just 5, Evie is steeped in traditional Appalachian music and dance, but also brings an urban edge and contemporary vision with her original songwriting, new interpretations of old songs, and her work in contemporary percussive dance. Ranging effortlessly across traditional music and dance, singer-songwriter and world/fusion genres, the multi-faceted Evie is an entertaining and engaging performer. Based in Oakland, California, she was previously the driving force behind all female San Francisco string band The Stairwell Sisters, and since 2010 has since released three albums under her own name.

Evie Ladin is a natural entertainer with a gift for infusing folk practices with contemporary verve. — San Francisco Chronicle

Trained as a jazz drummer and known for his work in contemporary Body Music, talented musician, percussionist & dancer Keith Terry takes care of percussive duties on double bass, cajon and more, as well as joining Evie in dance elements of their performances. He’s the founder of the International Body Music festival and a spectacular proponent of the art. Keith has toured extensively as a soloist body percussionist, and with his groups (including Corposonic and the Crosspulse Percussion Ensemble) he has also performed across the world, including at New York’s Lincoln Center, the Bali Arts Festival, Vancouver Island MusicFest and Australia’s Woodford Festival. In addition to his work with Evie Ladin, Keith has performed with a wide variety of artists including Kenny Endo, Freddie Hubbard, Barbatuques and Bobby McFerrin. He and Evie met on the dance floor, and they live a double life between the Folk/Americana circuit and the International Body Music scene they helped create – both elements are beautifully integrated into their live show.

Using any surface for its rhythmic possibilities, Keith Terry claps his hands, rubs his palms, finger-pops, stamps his feet, brushes his soles, slaps his butt and belly, pops his cheek, whomps his chest, skips and slides, sings and babbles and coughs, building his music out of a surprisingly varied register of sounds and clever rhythmic variations. — Village Voice