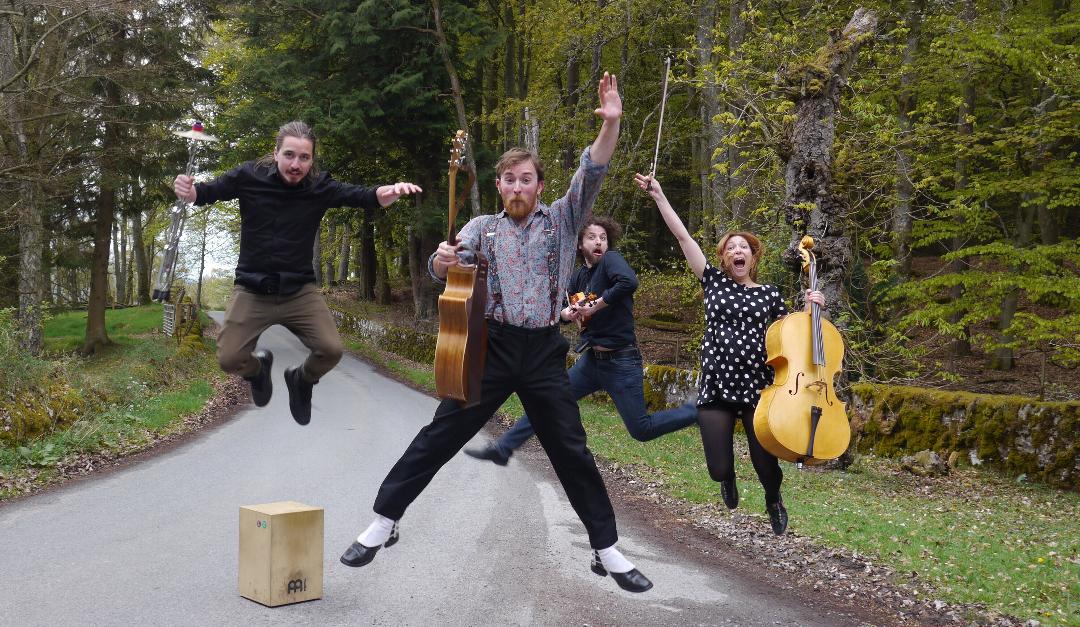 In 2014 Ewan ventured to Quebec where he created his first solo E.P. You Probably Look Better Naked Anyway (#3 national folk/ roots charts of Canada). This album spiraled into 4 cross Canada tours and tours in Europe, where he developed his sound and honed his skills as a band leader and songwriter.

4 years later and 1 album down the line 2020 will see the release of a brand new album, recorded over the course of the groups 2019 tour across Scotland, Nova Scotia and Quebec.

Ewans music has been featured on the BBC and CBC as well as in various plays and soundtracks. He has performed on RTE’s ‘The Late Late show’, ‘The View’ and BBC Radio 4’s Loose Ends. He has also done support for ‘Hot House Flowers’, ‘Coolio’ and ‘Hidden Orchestra’ as ex member of Ruby & the Emeralds and ‘Southern Tenant Folk Union’.

COPPER VIPER is an acoustic folk duo from London, comprised of prolific songwriter and guitarist Robin Joel Sangster and fiddle/mandolin player Duncan Menzies. Drawing inspiration from the British folk and American country/bluegrass traditions, Copper Viper’s music marries haunting melodies and intricate vocal harmonies with searing instrumental passages to create a stylistic blend that is at once familiar and unique.