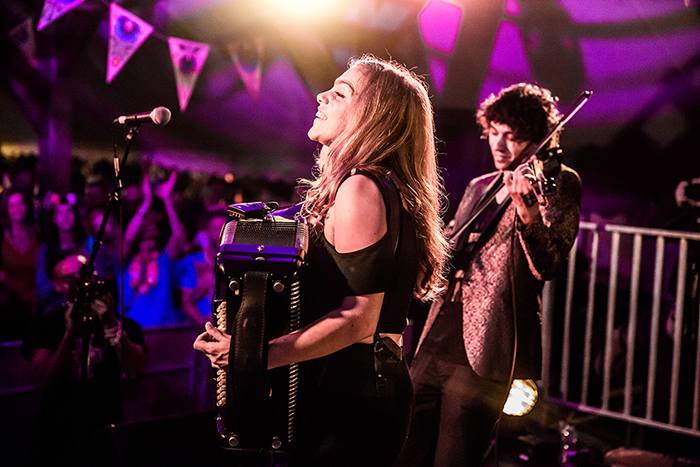 ‘One of my favourite new Balkan ensembles’ Emir Kusturica

Leading Serbian Roma Violinist Branko Ristic – ‘a performer that Paganini would be proud of’ [BBC Radio 3], and English ‘passionate nimble-fingered accordionist’ [ABC Sydney] perform virtuosic original Roma-influenced music. They shall be opening Belgrade Documentary Festival in September with their Award Winning Documentary ‘Faith and Branko’ by Dir. Catherine Harte. The documentary won the Jury Award at Los Angeles Film Festival, and prestigious awards at Sheffield Doc Fest, Canada Doc Fest, Krakow Doc and In Edit Barcelona among others. Built from a foundation of Serbian – Roma music, their original compositions draw from both of their musical heritages to communicate their personal connection: ‘their music is as colourful, personal and tumultuous as their history’ [fRoots Magazine, UK]

Since 2009, they have completed 3 tours of Australia and New Zealand – including Port Fairy Festival, The National Folk Festival, Cygnet Festival and Illawarra Festival. Their debut album reached the Top 10 World Music Charts, and featured with John McLaughlin on ‘The Rough Guide to World Jazz’, and ‘The Rough Guide to Eastern European Music’. Their next album shall be released in October with World Music Records, with assistance from Emir Kusturica and members of The No Smoking Orchestra.