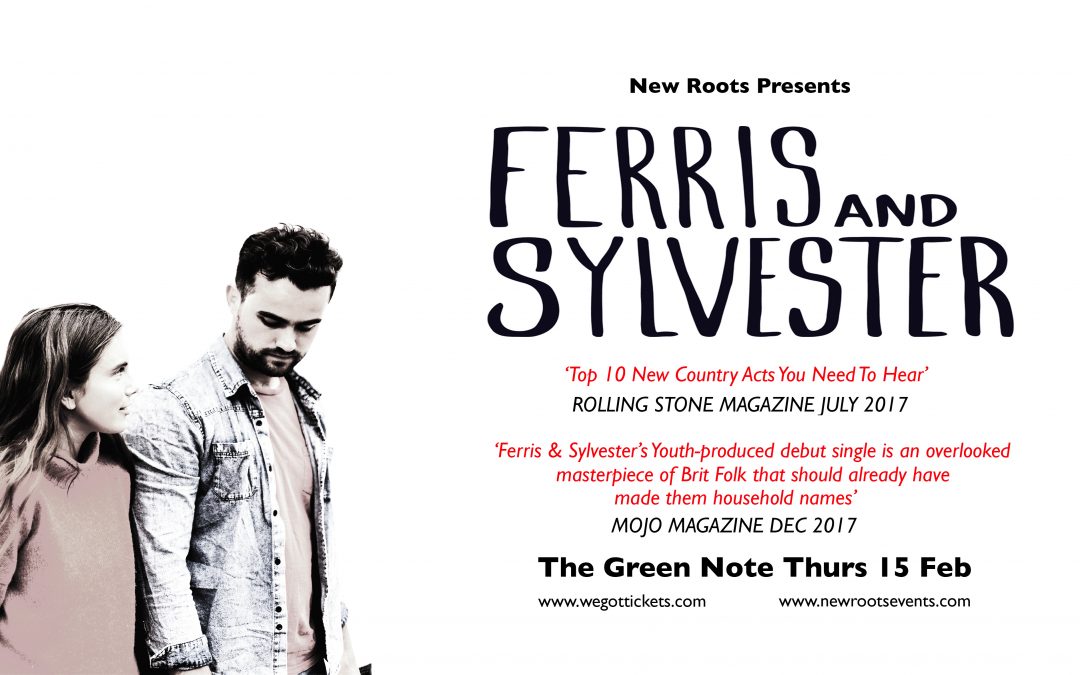 Issy Ferris & Archie Sylvester met as solo musicians on London’s vibrant music scene. In 2016 their thoughtfully crafted, superb songwriting caught the ear of legendary producer Youth (Paul McCartney/The Verve/ Crowded House). The pair recorded their first record ‘The Yellow Line EP’ with Youth in his Space Mountain Studios, Spain, and recently released their self-produced second EP ‘Made In Streatham’. Both received stunning press acclaim, with the iconic Rolling Stone Magazine including them in their ‘Top 10 New Country Acts You Need To Hear’ list in the July 2017 issue, and Mojo Magazine referring to their song ‘Save Yourself’ as a ‘masterpiece of Brit Folk’. While the 60’s sounds of NYC’s Greenwich Village are clear references in their catchy folk-pop sound, the duo also sit comfortably within a thriving contemporary alt-folk scene that has produced the likes of Laura Marling and The Civil Wars- the clever combination of Archie Sylvester’s blues influence and Issy Ferris’ soft folk tone has created a distinctive genre of their own.

‘Ferris & Sylvester’s Youth-produced debut single is an overlooked masterpiece of Brit Folk that should already have made them household names.’ – Mojo Magazine

‘Dreamy, deceptively lovely folk-pop that tickles the ear and softens you up for the thornier sentiments contained therein. A rich and fully realised sound that leaves one pining for a full-length.’ – Rolling Stone Magazine

‘Exquisite songwriters’ – Music Is My Radar