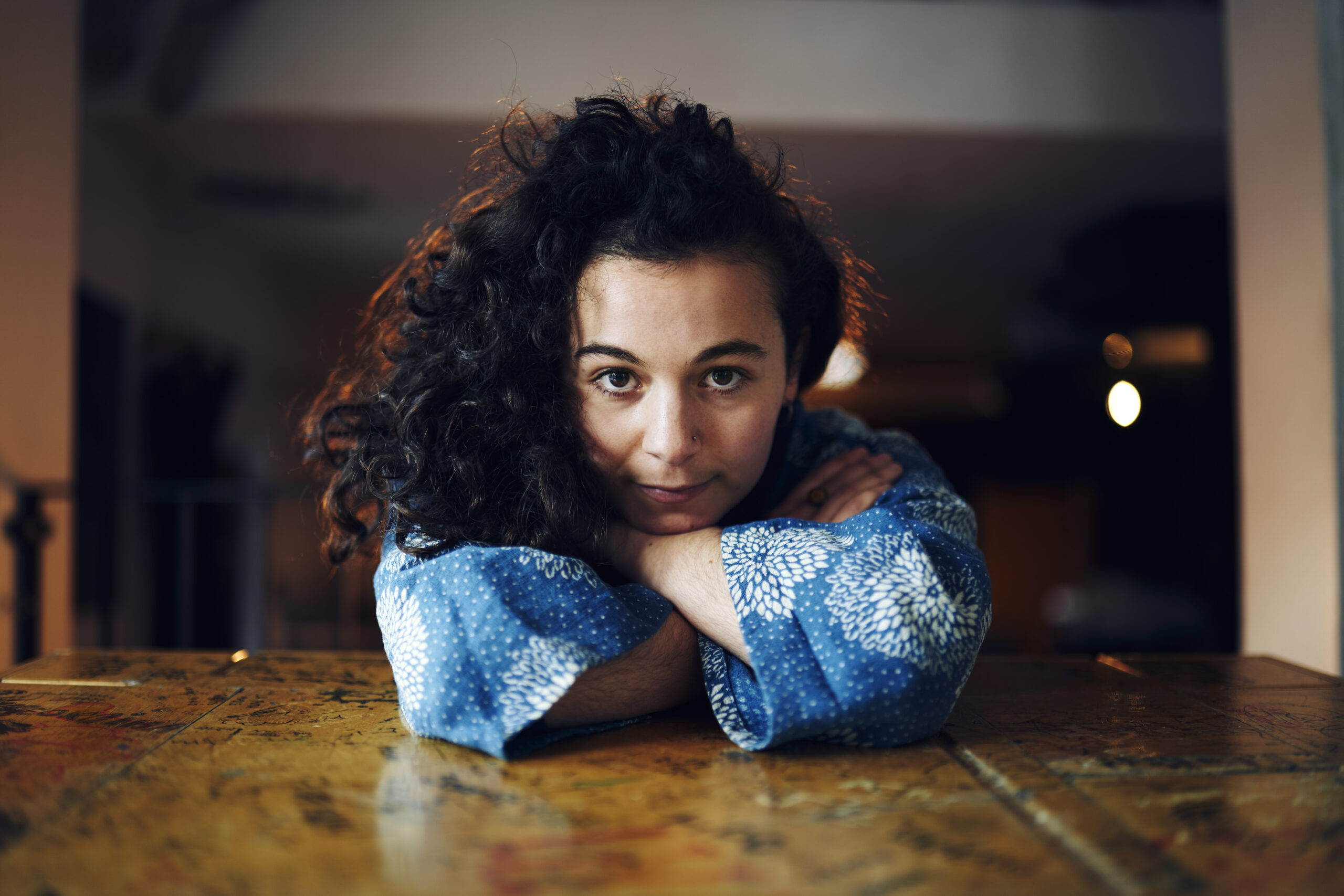 FLO PERLIN is a contemporary Folk singer-songwriter from London with Iraqi and Belarusian heritage. She is excited to announce the digital release of her new album Characters on 16th July 2021, with the album launch taking place at Green Note in Camden on 5th August 2021.

Flo grew up surrounded by an incredibly diverse range of music, which helped create her musical landscape ever since. She learnt to play the cello at the age of five and fell in love with the guitar when her Columbian teacher introduced her to the world of Bossa Nova, influencing her own finger-picking technique. Flo also taught herself piano and started singing at the age of 10 as a way to begin writing songs.
Characters journals Flo’s exploration, getting to know the different aspects of herself and her relationship to them, exploring themes such as family roots, identity, relationships, belonging, mental health and the significance of self-reflection. Her lyrics are articulate, and the music original and mesmerising, showing how contemporary Folk music is evolving. Recorded and mixed at MAP Studio, Kentish Town, with a group of incredible session musicians, the new album features drums, electric and upright bass, keyboards, saxophone and a string trio.
With musical influences ranging from Zero 7 and Avishai Cohen to Laura Marling and Erykah Badu, Flo has dedicated her creativity to music that is meaningful to her. As a child, she played the cello in various orchestra’s at The Royal Academy of Music and other youth orchestras and chamber groups. At 14 she toured Finland and Jamaica with the Haringey Youth Orchestra. Classical music has been a considerable influence and foundation for her music writing.

From busking around the Middle East, USA, Europe and Asia (where she ordained as a Buddhist nun in Myanmar), life unexpectedly changed when Flo was diagnosed with an autoimmune disease at the end of 2015 and spent a few years in and out of hospital. Over this challenging time, she created her beautiful new album, Characters.

Since recovery, Flo’s music and fanbase has grown considerably, with her well received 2017 debut album Cocooned (recorded at home) and 2019 EP Stories (recorded at The Premises Studios), gaining support from national and regional media; including BBC Radio London Robert Elms, BBC Radio Ulster and Folk Radio UK, whilst also being played several times on Tom Robinsons BBC Introducing show. She works closely with The Nest Collective after winning their sought-after songwriting mentorship in 2019, and has supported artists such as Sam Lee, Peggy Seeger and Rachel Newton.