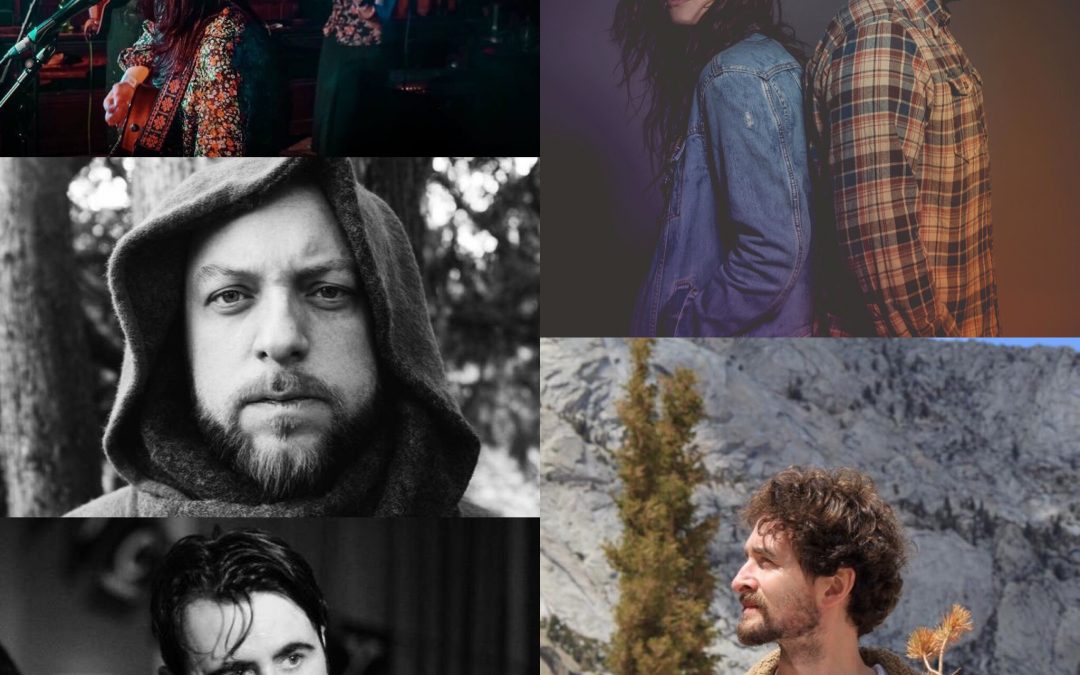 Folklore are hosting a Christmas Party and you’re all invited!! They’ve handpicked some of their very favourite artists for this show, which promises to be very special indeed .. Come all ye faithful, let us eat, drink and be merry!

LAISH
“Pendulum Swing already ranks among the great records, not only of the past year, but of the current decade.” – Indie Rock
“I just thought this is a great pop record” Steve Lamacq, BBC 6Music
“One of the best songwriters of his generation inside and outside of British borders.” 7.5/10 – Ondarock

THE AUGUST LIST
“It’s a rare West Country husband-and-wife duo that can pull off the knack of sounding simultaneously like a vintage Louisiana jug band and at the same time very much like themselves.” – Tom Robinson
“Stripped down roots-inspired music that stylistically has its core in folk and country, but it’s sights set a little further afield also“ – Americana UK

GABRIEL MORENO & THE QUIVERING POETS
“Intoxicating, immersive and invigorating, the bands live shows invite the audience on the journey with them, encouraging participation, vocally one minute and with quiet contemplation the next. Moreno’s presence is magnetic, as is his spirit. A man who lives for his art and who’s talents as a writer, musician, singer, performer and human should be experienced by all” – Folklore Presents

MOCK DEER
“Everything hangs on the voice .. And what a voice it is!” – Real Gone
Folk Radio Uk – Song Of The Day (Pork Chop Suits)