Funke and the Two Tone Baby + The Dyr Sister 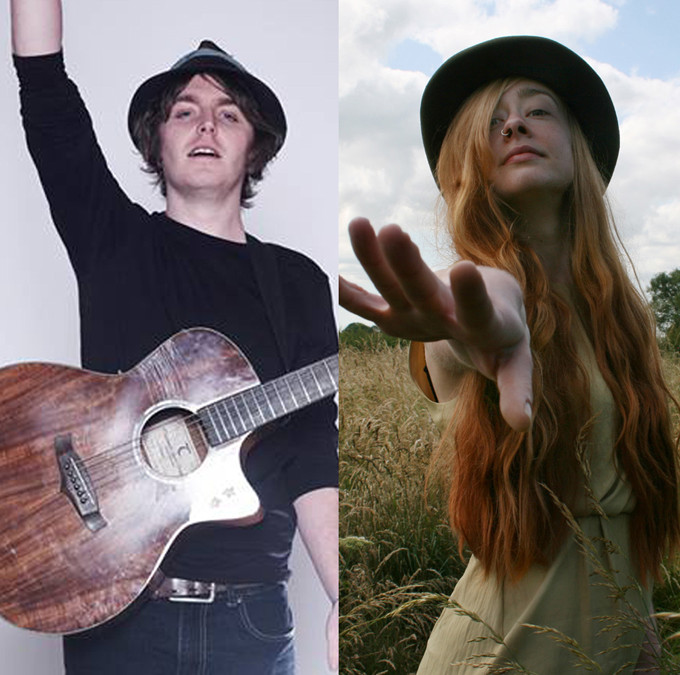 A double headline. Two incredible looping artists. Him – A one man sonic explosion. Uncategorized, uncharted. Frenzied alt-blues and metronomic dance beats. Her – A catalogue of haunting ethereal modern folk. Surreal tales with the aid of viola, mandolin, a voice and an array of found sounds…

Funke and the Two Tone Baby is a one man sonic explosion. Uncategorized and uncharted. Jammed halfway between frenzied alt-blues and metronomic dance beats. Combining guitar and harmonica with beatboxing and effects that seamlessly collide the organic with the mechanical to create a fresh sound of unstoppable rhythm and unrelenting melody.

Beyond the double microphones and trademark trilby is Dan Turnbull, a multi-instrumental battery spinning musical plates. A powerhouse to the ears and a blur to the eyes who smashes stage, festival and string after string whilst sweeping up audiences and dropping jaws from Boomtown Fair to Kendal Calling and Secret Garden Party to Convoi de Fete (NL).

Underpinning performances is ‘Balance’, released summer 2015 and heralded as ‘a masterpiece of an album’ by Louder Than War. Balance is a record that mixes musical mastery with an unhinged romp and a tour de force of powerful songwriting, heavy production and a ‘superb collection of musical vignettes’ (R2 Magazine). You’ll hear a full band before you see one man behind a wall of sound, so move your feet and dance off your face.

The Dyr Sister (Dyr is Old Norse for Deer)
Hailing from Hull in England, Sally Currie is otherwise known as The Dyr Sister. As a multi-instrumentalist she conjures up surreal tales with the aid of a viola, a mandolin, her voice and an array of found sounds. Sally performs her catalogue of haunting and ethereal modern day folk songs as a one-woman band, painting a fascinating canvas of sound as she goes. Her original and innovative pieces are influenced by a wide range of genres from jungle and dubstep through trip hop and hip hop and ending somewhere deep amongst the many varieties of traditional folk music from around the world.
She released her debut album “Fairy Tales for the Modern Gentleman – Volume One” in June 2015 and is currently composing Volume Two. She then went out to captivate audiences this summer at festivals and concerts across the UK with her unique and unconventional tunes.
“In the often homogenous world of underground music scenes, thank goodness for The Dyr Sister. The perfect blend of avant-garde, melodicism and out-thereness”.
Mr Douglas Anderson – broadcaster, writer and filmmaker.
“The Dyr Sister is a rare artistic gem of contemporary folk talent!”
Jon Vyner – Tidal Concerts/The Camden Underworld