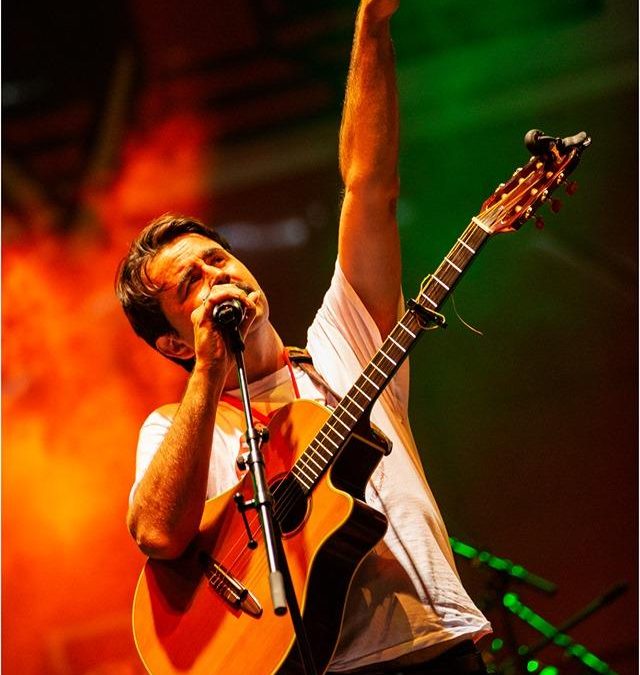 GABRIEL MORENO plus guests from THE LANTERN SOCIETY

Gabriel Moreno is a Gibraltarian poet and singer songwriter who has been performing for the past 20 years in Gibrlatar, Peru, Italy, Spain, USA and the United Kingdom. His folk songs are both poetic and political, mining the same rich seams as Leonard Cohen, Fabrizio Dandre and Georges Brassens. He has two acclaimed albums released by Amber Records, “Love and Decadence,” 2015 and “Farewell Belief” 2017. In 2019 he released Poetical resistance,” a new EP which is he is promoting all over The UK and Europe. Moreno plays with some of the most acclaimed musicians in the scene, Barbara Bartz, Adam Beattie and Maya McCourt. He also hosts the legendary folk institution The Lantern Society, running for the last ten years at London’s Betsey Trotwood venue and he will bring some of its members to open the night for him.
“Gabriel Moreno is one of the last true bastions of musical purity. In a world where commerce grapples at everything, a listen to the Poetical Resistance EP is a refreshing exercise in grounding. This is music for music’s sake; songs written for the purpose of existing, in the chords of tenderness, romance and community.”
(Tristan Gatward, Loud and Quite Magazine.)