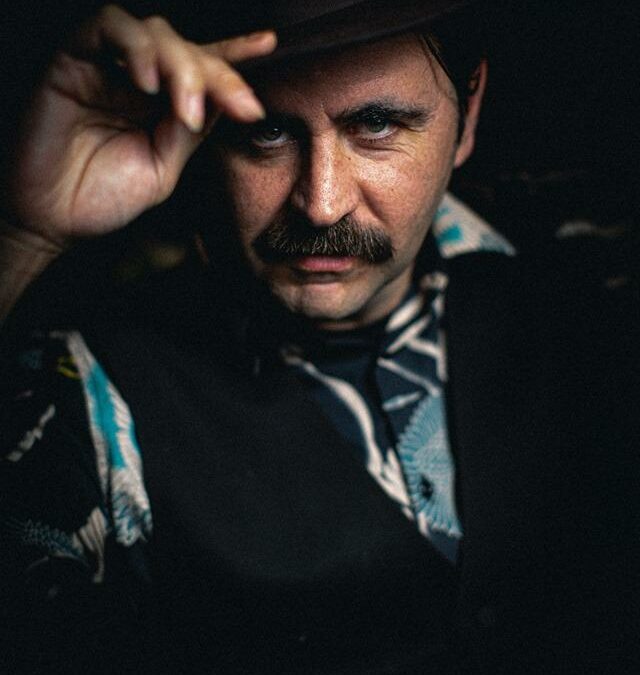 “Gabriel Moreno’s music is an offshoot of Leonard Cohen and Neil Diamond. I love it.” – Cerys Mathews, BBC Radio 6 Music

Gabriel Moreno is a Gibraltarian poet and singer songwriter who has been performing for the past twenty years in Gibraltar, Peru, Italy, Spain, USA and the UK. In December 2019 he won the Introducing Stage at the Great British Folk Festival with his trio, featuring Adam Beattie on bass and keyboard player Ned Cartwright. He has ten poetry books published by Omicron and Orion in both Spanish and English. His folk songs are both poetic and political, mining the same rich seams as Leonard Cohen, Fabrizio De André and Georges Brassens. Moreno is also the curator of three acclaimed music and poetry nights in the London scene, nurturing new and established talent – ‘The Lantern Society’, ‘Poetry Mondays’ and ‘Notes from Underground’.

After releasing two albums, Love and Decadence and Farewell Belief on Amber Records, and EPs Poetical Resistance and The Moon is a Spider – all with his band The Quivering Poets – Moreno returns as a burning force of nature with his new solo album, ‘Whiskey With Angels’. Through these new songs he expertly explores deeply personal themes of the sacred and profane, struggle and joy, intoxication and enlightenment. The album was launched in December 2020 at the historic Royal Foundation of St Katharine, and has received rave reviews and airplay on BBC Radio 6 Music.