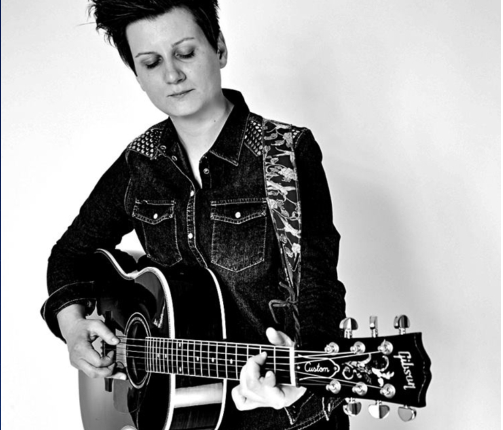 Berlin based Liverpudlian singer-songwriter and UK alt-country queen GEM ANDREWS takes influence from roots artists as diverse as KD Lang to Kitty Wells, Lucinda Williams to Ani Di Franco, Emmylou Harris to the Be Good Tanyas. Her deep understanding of folk and country craft shines through in her beautifully written songs- in a wonderfully vibrant UK roots and Americana scene she stands out as a leading player.

Andrews has released two critically acclaimed albums to date on Market Square Records, recorded with a diverse array of talented players, from Chris Hillman (Billy Bragg), Nicky Rushton (And All Because the Lady Loves), Gabriel Minnikin (The Guthries, Ruth Minnikin), to Sue McLaren (Paul Van Dyk) and Beccy Owen. Her most recent album ‘Vancouver’ (the title track stems from her time in Canada, where she hooked up with Sam Parton from the Be Good Tanyas), produced by Martin Stephenson, has been described by Three Chords & The Truth as ‘mesmerising…drenched in pure emotion and sincerity’. She plays tonight accompanied by her full band.

LUCAS AND KING are a truly exciting new young folk duo emerging from Southampton. Songs of exceptional craft and depth pull influence from classic folk and American roots flavours, delivered with the spine-tingling, unforgettable voice of Bo King and perfectly judged guitar accompaniment from Hayleigh Lucas. Yet to release their debut album, the band have already toured as support to Ray Davies (The Kinks) and played the coveted Glastonbury Acoustic Stage.