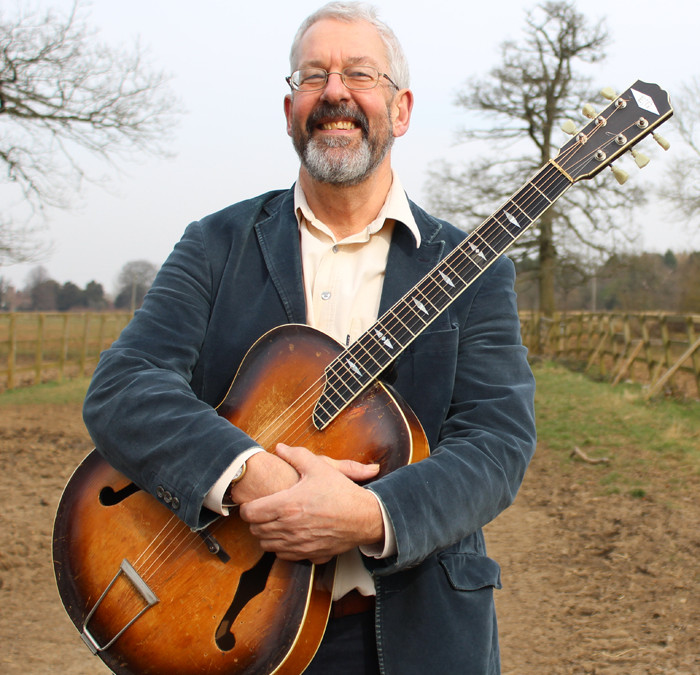 GILES HEDLEY:
Clyde Stubblefield, James Brown’s legendary drummer, once told Giles “you’re the funkiest singer I’ve heard in Europe”. Giles has been singing roots blues, ragtime and gospel across UK and Europe since the sixties. His huge voice, driving slide, ragtime and electric guitar, and his harmonica playing (sometimes two at once, nose and mouth) match the passion and fire of his Delta blues heroes – in the 70s he opened for both Son House and Fred McDowell on UK visits.

He’s a regular on blues festival and club circuits in England and the continent, both solo and with his band The Aviators, and has featured repeatedly on national radio in England and France.

Since childhood, hearing the classic blues songs of Bessie Smith and Ma Rainey, the song and its feeling have been the real focus for Giles, although his playing is widely praised for its technique and authenticity. He says “The great bluesmen of the past described themselves as blues singers, not musicians, and when asked to describe the blues, they talked about a feeling, not a musical form. For me the core of blues is sharing a feeling that everyone recognises in their guts.”

“…a rich and powerful voice, mastery of acoustic and steel guitars and the extraordinary ability to play one harmonica with his mouth and another with his nose, simultaneously …” Blues in Britain