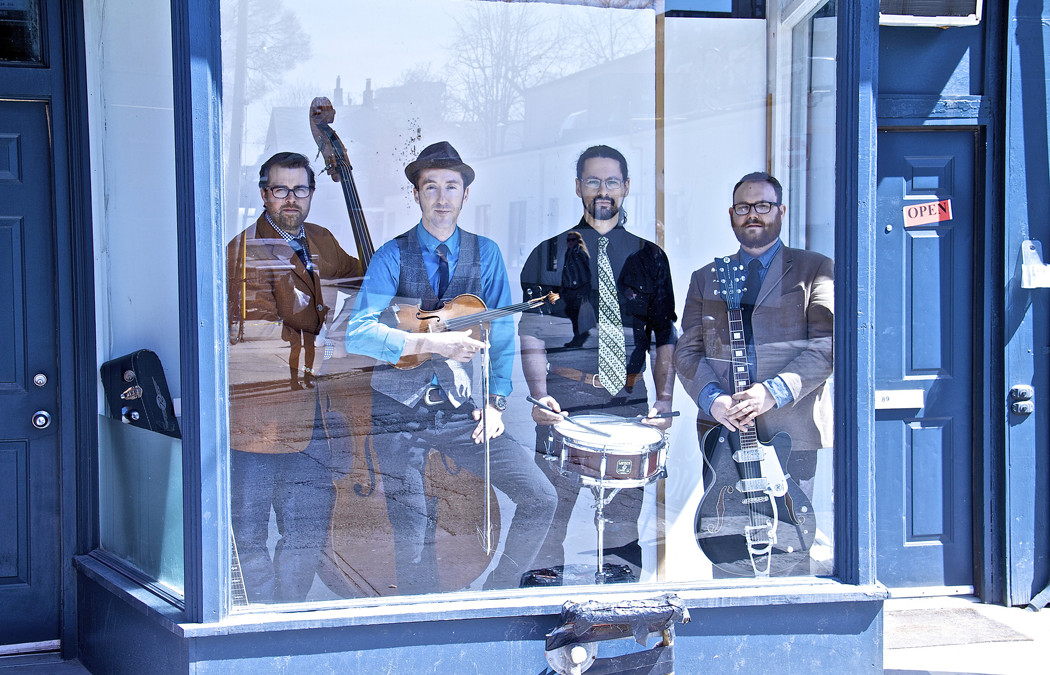 If ever someone was deserving of the nickname ‘Crazy Legs’, it is Gordie MacKeeman. His thrilling dance style, while simultaneously playing the violin, mixes with great close-harmony bluegrass vocals, Peter Cann’s blistering guitar solos, and the lively multi-instrumental talents of Thomas Webb and Mark Geddes.  Gordie MacKeeman and his Rhythm Boys are an international sensation causing standing ovations wherever they go.  Not to be missed.

‘I had the absolute pleasure in MCing Gordie and His Rhythm Boys at Southwell on Sunday. Wow, wow, wow!!!!.’ Terry Walden, Ely Folk Festival
‘What a fab gig – so many positive comments from people there – even the sound crew were saying it’s one of the best gigs they’ve seen. Thank you!’ Chris Pentney, Sage Gateshead
‘I have never had so many people come up to me and praise a performance afterwards.’ Michael Cainen, The Pound, Corsham
‘Gordie and the boys went down a storm tonight…what a show and they are so delightful!’’ Carolyn Paterson, Tolbooth, Stirling
‘So glad that I got in there last year and managed to book Gordie and the guys. What a show. Tent was packed and crowd roaring for more. These guys are just fantastic, but I don’t need to tell you that. Perfect for Hebcelt. Thanks for getting them up here.’ Caroline McLennan, Heb Celt Festival