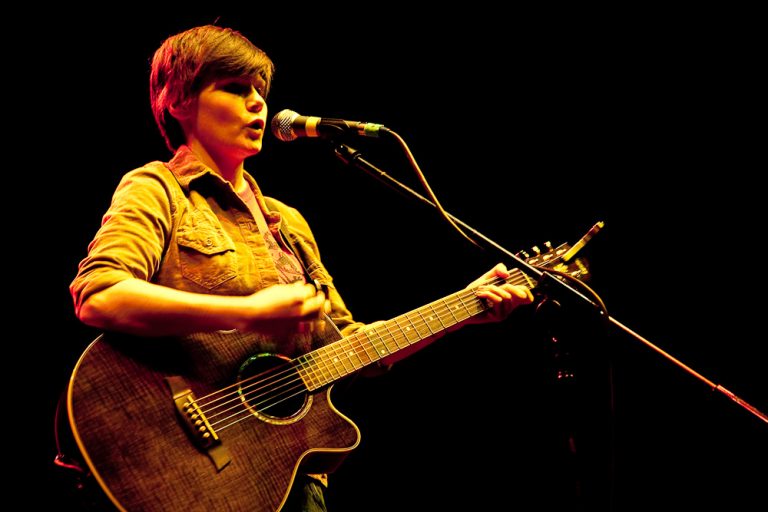 Grace Petrie is a folk singer, songwriter, and activist from Leicester, UK. She first exploded on to the national protest scene in 2010 with the emotive anthem Farewell to Welfare, which captured perfectly the spirit of the new wave of dissent in austerity Britain. Since then, she has written, recorded and toured relentlessly. Her unique takes on life, love and politics, and the warmth and wit with which they are delivered have won over audiences everywhere, and she has quietly become one of the most respected and prolific songwriters working in the UK today.


Her latest release, Whatever’s Left (2015), charts the journey beyond protest singer, through political and personal change to emerge through shades of folk, Americana and country as a more mature songwriting voice. The result is a collection of songs that provide a soundtrack to the modern struggle, with politics and with love, that will resonate with listeners everywhere.

Grace’s young career boasts four studio albums, a dedicated fan base and national tours supporting Emmy the Great, Billy Bragg and comedians Robin Ince and Josie Long, as well as a string of festival appearances including regular visits to Latitude and Glastonbury. She has collaborated with some of the most respected names in folk, including Leon Rosselson, Roy Bailey and Peggy Seeger. In 2015 she completed a Canadian tour, culminating in a hugely successful performance at the main stage of Vancouver Folk Festival. She is a frequent guest on BBC Radio 4’s the Now Show and has appeared on Channel 4’s Random Acts, and has been featured in The Guardian, Diva Magazine and the Independent on Sunday’s 2013 Pink List of influential LGBT figures.