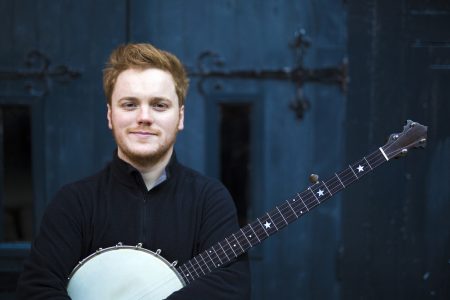 Possessed of an extraordinary voice that’s ‘full of character’ (The Telegraph), over the last 5 years Greg Russell has established himself as one of the most significant players on the U.K. folk scene. Playing guitar, bouzouki and singing, in 2013 he won the BBC Radio 2 Young Folk Award and in 2014 won the Horizon Award from the same source alongside Ciaran Algar.

Since 2016, Greg has also been involved in two critically acclaimed projects; The Transports (5 stars The Guardian) and Shake the Chains (4 stars The Guardian). The latter, a project put together by Greg which included Peggy Seeger, Martin Simpson and many more.