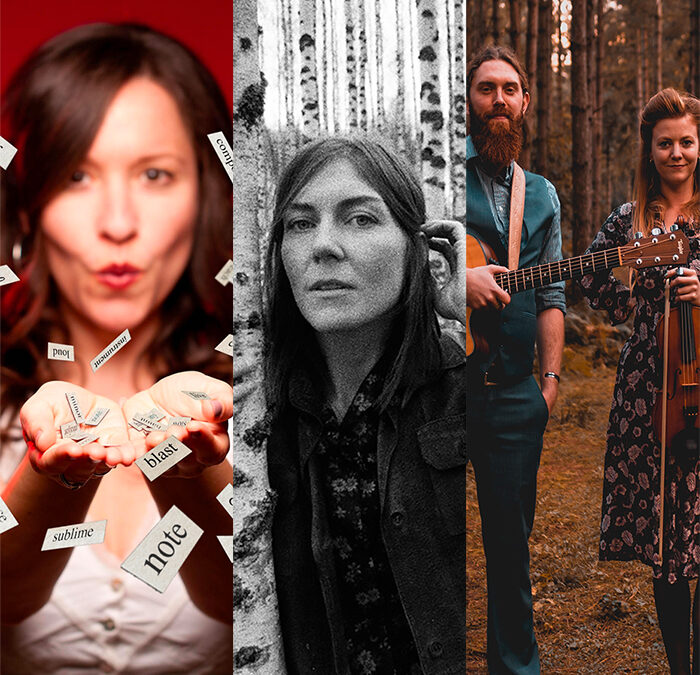 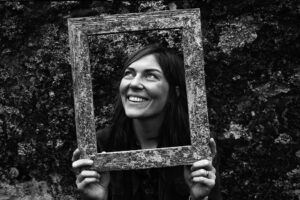 HANNAH ENLÖF (Sweden): Hanna Enlöf started her musical career as half of the wildly talented and successful musical duo Good Harvest from Sweden. Good Harvest got their breakthrough after going viral with their exceptional rendition of Joni Mitchell’s Woodstock in 2016. In the following years they’ve had success after success and made numerous television appearances, played on some of Scandinavia’s largest stages and released several critically acclaimed albums.

Hanna is now releasing her first solo album, BareBones, in the Spring of 2021. Her musical compositions and arrangements show a melodic and harmonic maturity seldom seen in today’s musical landscape. With few exceptions she has recorded all the instrumental and vocal tracks on this album. Hanna has crafted these songs together with lyricist Craig Stanton Thomas, who also happens to be her partner. You are about to be ushered into a world of wonderful arrangements, masterful guitar playing and hauntingly beautiful singing, not to mention lyrics and issues, which will both inspire and challenge. 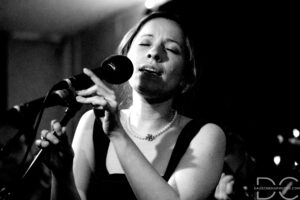 LIZ SIMMONS (USA): Liz Simmons, lead singer and guitarist from award-winning Folk/Roots band Low Lily, announces the release of her eagerly-anticipated solo album “Poets”, with a UK impact date of April 16, 2021. The self-produced album features the mixing talents of Ben Savage (Hannah Sanders & Ben Savage) and the mastering skills of Nick Cooke (Kate Rusby). The album also features the playing of Andy Hall (The Infamous Stringdusters), Pete Grant (the Grateful Dead) and Liz’s husband and musical partner Flynn Cohen, among many others. Liz is excited to be featured in the Virtually Green Note series to celebrate the UK release!

“If this collection were part of an Olympic event, I’d give it a solid ’10′ for both style and content” Fatea

“Replete with a refreshing collection of songs, Poets has all the makings of becoming an ageless album” Irish Music Magazine 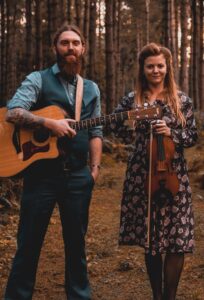 GEORGIA SHACKLETON (UK) is best known for her work with The Shackleton Trio, who having been featured on Mark Radcliffe’s Radio 2 Folk show, BBC Radio 4, and ★★★★★ reviews have become an in demand name on the folk circuit. Join her and Aaren Bennett for some stripped back original and traditional material, firmly rooted in their Native East Anglia. A highly original and energetic musical force just as likely to move you to tears as move you to your feet.
“A hugely talented lass”– Mike Harding