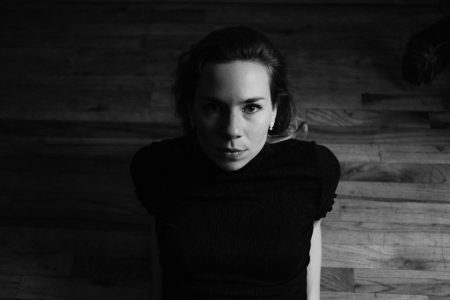 Born and raised in Scotland and now residing in Brooklyn, New York, Hannah Read is a versatile multi-instrumentalist widely recognised on the International stage. She’s best known for her fiddle playing, songwriting and composing and was recently described as one of “the finest singers of the day” in the UK’s MOJO Magazine. Hannah leads her own band and is an in-demand collaborator on both sides of the Atlantic – including one part of the critically acclaimed British folk super-group ‘Songs of Separation’, winners of ‘Album of the Year’ at the 2017 BBC Radio 2 Folk Awards.

Hannah spent her youth playing fiddle and singing in the rich traditional music scenes of Edinburgh and on the Isle of Eigg, a remote Island off the west coast of Scotland. With musical training at The City of Edinburgh Music School, The American School of Modern Music in Paris and the prestigious Berklee College of Music in Boston, Hannah gathered the musical tools, vocabulary and experience that propelled her into the thriving Brooklyn music scene.

Hannah’s latest solo album Way Out I’ll Wander, was released in February 2018 on UK-based label Hudson Records. With comparisons to Sandy Denny, Joni Mitchell and Feist, Hannah seamlessly weaves in her influences from both sides of the Atlantic on an album that’s “deserving crossover status… nine gorgeous originals” (The Guardian). Recorded in winter between Upstate New York and New Hampshire, and produced by Brooklyn-based producer/engineer Charlie Van Kirk, each song on this album captures a very specific moment embodying “an inherent beauty” (Acoustic Magazine) with musings of home on both sides of the Atlantic, as well as tales of travel, love and loss. This album primarily features Hannah’s vocals, guitar, fiddle playing, joined by special guests including Sarah Jarosz, Jefferson Hamer and Jeff Picker.