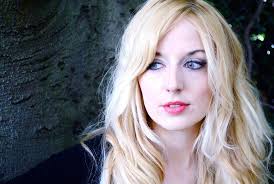 HANNAH ROSE PLATT is an enchanting singer-songwriter, talented storyteller and guitarist. She recorded her debut album Portraits in Nashville last year (produced by herself and Michael Bonagura) where she worked with some of the industry’s leading names, Grammy award-winning musicians Mark Fain, (Ricky Skaggs, Dolly Parton) Stuart Duncan (Emmylou Harris, Dolly Parton, The Nashville Bluegrass Band, Robert Plant & Alison Krauss) and Jeff Taylor (The Time Jumpers, Elvis Costello).
Her melodic, poetic and accessible music offers self-written narratives to ordinary people who had no one to unfurl their stories; tales of luck, stoicism, loneliness, love, heartbreak and hope. Lyrics are the mainstay of her work, while subtle acoustic arrangements and beautiful guitar hooks form an uplifting backdrop. Hannah’s stories get under your skin…she plays with sentiment without being saccharine, focusing on optimism infused with realism and honesty.

KAITY RAE is a singer-songwriter from North London set to take the UK Country scene by storm in 2016 following a two week songwriting trip to Nashville in April and gaining over 1 million streams of her debut EP ‘Spark’ on Apple Music. Following a packed EP Launch for her second EP ‘This Time Around’ in June, attended by fans, tastemakers and Uk Country favourite The Shires’ Ben Earle, she is gigging up and down the Country promoting her new material which has been played on various BBC stations, including BBC Introducing in Beds, Bucks and Herts, Amazing Radio, and many others. Kaity’s music has also been featured in Music Week, The Sunday Times, and R2 Magazine.