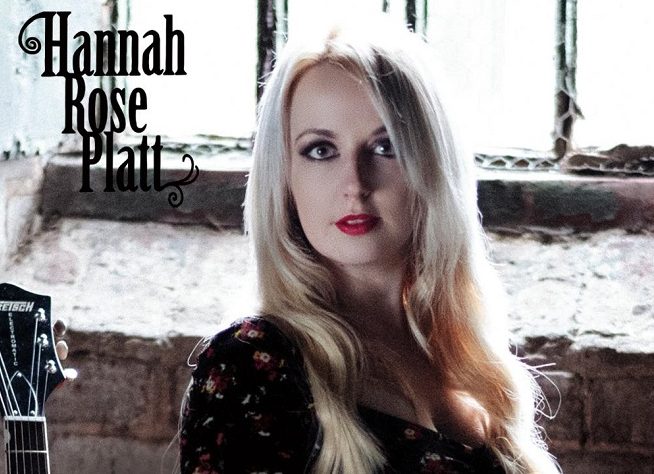 Hannah will be backed by a full band in this incredibly special show, joined by several of her friends from the Americana scene including members of DANNY & THE CHAMPIONS OF THE WORLD, BENNETT WILSON POOLE, and CASE HARDIN. We will also be treated to a fantastic opening set by very special guest, the incredible MICHELE STODART.

From the first uplifting bars of album opener ‘Illuminate’ you will realise that this is not going to be merely ‘Portraits’ Vol 2. No, this is so much more than that with an artistically mature Hannah Rose Platt showing, throughout the whole landscape of ‘Letters Under Floorboards’, exactly why she is one of the best and most exciting songwriters the UK has to offer right now.

Of course, there are still the great ‘story’ songs, tales of great imagination and pathos populated by characters so well developed and realised in song that the listener can’t help but be completely drawn into the drama of their lives. There’s the arrogant adulterer meeting more than his match in the ghostly ‘Chanel & Cigarettes’, the descending hopes of the immigrant Irish worker captured, with such genuine sensitivity, as snippets of letters from ‘Brooklyn, New York’ to his lover back home in the Emerald Isle, or the fearfully innocent daughter of ‘I Will Tell You When’, gently questioning her pioneer farmer father as, unknown to her, everything he’s worked for crumbles during the course of the song.

Not to forget the tempestuous relationship between Audrey and Cameron or, the beautiful tribute to singer/dancer/mother/activist Josephine Baker. And, in each case, the music so skilfully and perfectly creates the atmosphere each song requires.

Yet the real bonus of ‘Letters Under Floorboards’ are the songs in which Platt relates far more personal stories.  When it comes to songs about difficult relationships and particularly extricating oneself from potentially restrictive and spiritually harmful situations, she is a very welcome new voice.  In songs like ‘Sculptor’, ‘Your Way’ ‘Checkmate’ or ‘To Love You’ you know that these are not words merely written from someone’s imagination.  They tell it like it is, there is regret, there is compromise, there are dashed hopes but, and this is important, there is not one ounce of self-pity.

In all these songs words are used with such care that there is not a single word out of place or unnecessary and, it is guaranteed that those words will reverberate with and hopefully inspire people because despite the pain and difficulties expressed they are songs of great strength, hope and realisation. Which brings us back to why ‘Illuminate’ is the perfect overture for this album, “There’s a lesson if you, won’t hold on to the blame, trying to black out all of your pain, let it illuminate!”

Championed by broadcasters Sid Griffin, Baylen Leonard and Ralph McLean, Hannah has also had TV sync successes, with several tracks used for Channel 4, and considerable airplay on BBC, national and international radio. Her latest video ‘Chanel and Cigarettes’ debuted on SKY and Freeview TV, and she has also performed live on BBC One.

‘Letters Under Floorboards’ which will be released October 25th 219 on CRS/ Continental Records across the UK and Europe.

“A rising independent star on the UK scene…” – Billboard

“Hannah Rose Platt is a young, north of England Emmylou Harris blossoming before our eyes and ears” – Sid Griffin

“This is a really beautiful album…I hope it does incredibly well – it deserves to!”    – Ric Sanders (Fairport Convention)

“Platt doesn’t put a foot wrong in a series of superb vignettes…one of the most assured and accomplished debuts of the year”  R2 Magazine (for ‘Portraits’, 5 stars)