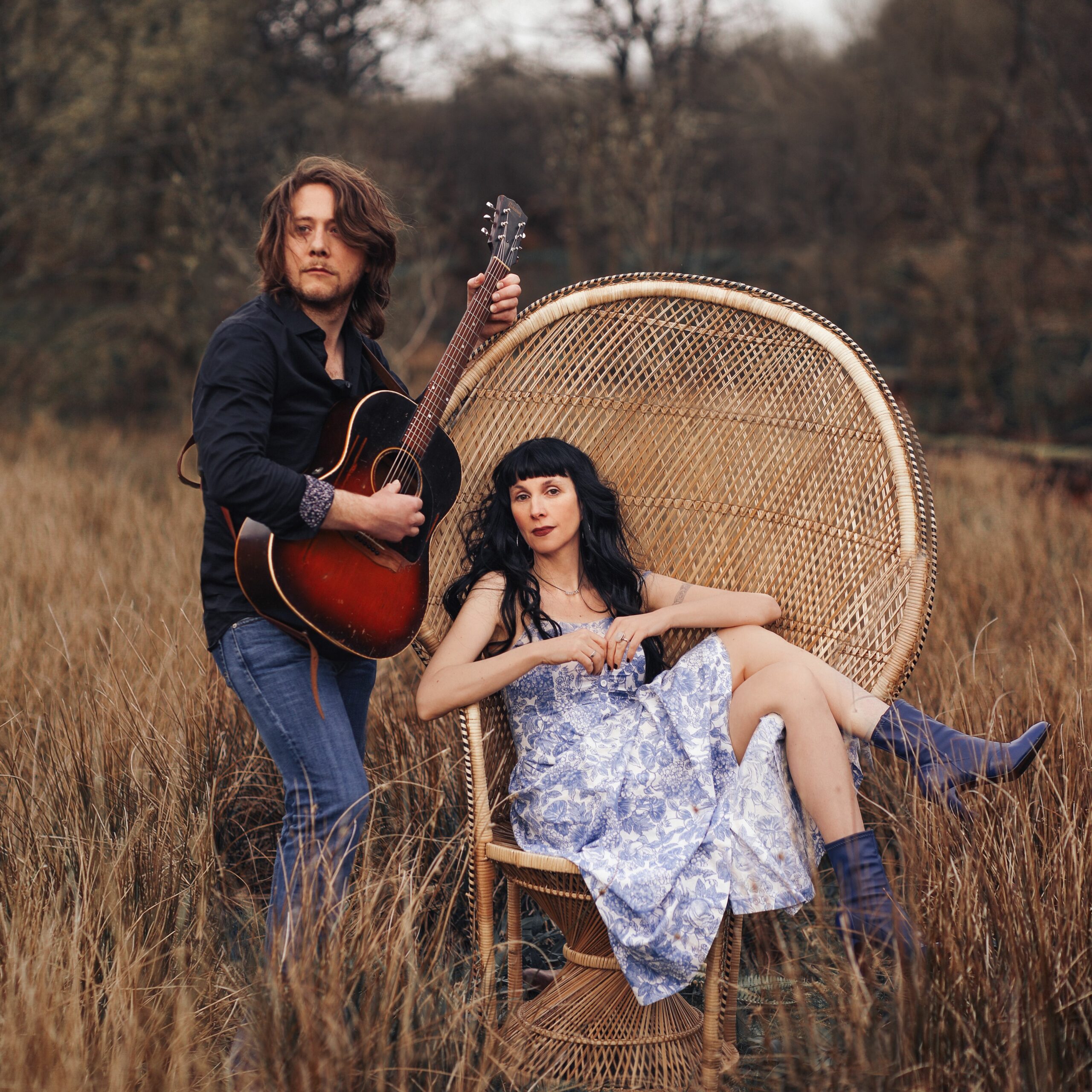 Huddled round a single microphone, singing intimate duets with just mountain dulcimer, dobro and guitar, HANNAH SANDERS & BEN SAVAGE are an acoustic duo that sound classically timeless, yet their music is unique.  Since emerging in 2016, the duo recorded two studio albums, Before the Sun (2016) and Awake (2018), produced by award winning producer David Travers-Smith in Toronto. Both albums have gathered praise for the craft and skill of their musical writing and arranging.

The duo have toured the UK, North America and mainland Europe, enrapturing audiences at shows and on festival
stages with the sparkling beauty of their acoustic style. They also appeared at the West Java World Music Festival,
Indonesia in 2019.

‘An exquisite soundscape, which is the result of passion, precision and unbridled intimacy’  ★★★★★ R2 Magazine

‘This is folk music for everyone – a master-class in proficiency, an exercise in individuality and a declaration of love of the folk tradition from both sides of the  Atlantic’ ★★★★★ Spiral Earth

Hannah & Ben release a new album “Ink of the Rosy Morning” on Topic Records in early 2022.

‘A stream of brilliant music – they should be rated among the elite when it comes to UK folk’ Rob Ramsey, Maverick

‘Listening to this record is a form of meditation, with all its benefits. Sanders has a voice of such sparkling clarity that soars above and dips around Savage’s dobro and their harmonies are exquisite.’ Lyndon Bolton, No Depression

‘I’ve loved Hannah Sanders’ voice since first listen and Ben Savage is a master musician. they are both deep in to the soul of their music. I think this album is the best thing they’ve done.’  Mike Harding Folk Show

‘This is one of the albums of the year as far as I’m concerned – what a very fine sound they make – they’ve produced a fabulous album’ Frank Hennessey, BBC Wales

‘It has all the intimacy and intensity of closely watching a master craftsman working fine jewelry. I could list the songs and map out each with the necessary superlatives – but really you should just go and see them. I have to insist on that. It’s folk music – it has the heritage and the songs evident – but it has a quality and depth to the arrangements and performance that means it easily transcends the constraints of any preconceptions.’ From the Margins

‘Their performance is perfectly honed, faultlessly presented and demonstrates that they are clearly a match made in musical heaven. The songs are filled with messages of hope and promise, all delivered in a stripped down sound, which takes you on a journey into the minds of this duo… The dynamic between the duo is electric and their eclectic mix of music is refreshing, we were treated to new tracks from their album as well as their own favourites.’ The Atkinson, Southport

‘Blessed with a peerlessly pure voice… Catch her while you can!’ ★★★★ The Express

‘A confident and impressive sophomore album that not only fully justifies past predictions regarding Sanders trajectory in the current folk field but also marks the arrival of a significant new duo force.’ Folk Radio UK