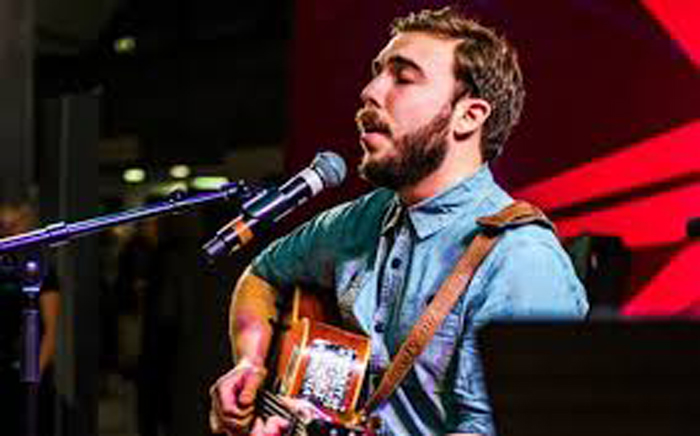 With sharp lyrics, a powerful voice and an ability to tell stories rarely heard in folk music, HARRY HARRIS has established himself as one of the most exciting names on the UK singer/songwriter scene. His last album, 2015’s Songs About Other People, was named Folk Album of the Year by The Telegraph, with single The Ballad of Ronnie Radford named Track of the Year by FATEA Magazine.

2019 sees the release of I Feel Drunk All The Time, a personal and poignant record about grief, love, and loss that falls somewhere between alternative folk and contemporary acoustic pop.

Harry Harris has been making songs and steadily building a fanbase since he first put up some home-recording demos on myspace at the age of 15. The trajectory from there goes something like this: the song Rings caught the attention of singer/songwriter Polly Paulusma, who invited Harry to make his first album at her studio in London; Polly produced that record when Harry was aged 17; a newly recorded, studio version of Rings caught the attention of Tom Robinson, who profiled Harry on his 6Music Introducing Show; Harry released the album independently in 2010; A couple of years later Harry signed to Polly’s Wild Sound Recordings label, and in 2015 released his second album Songs About Other People; Songs About Other People was named The Telegraph’s Folk Album of the Year in 2015, lead single The Ballad of Ronnie Radford was named Track of the Year; Harry toured the album across the UK, Ireland, and Germany. By the end, he wasn’t sure whether he was happy, and so took a break.

That is not to say the intervening four years have been quiet. In that time, Harry has become an established cultural journalist, writing for places like VICE, Nylon, and MEL Magazine. In 2016, he relocated permanently from London to Edinburgh, and in January 2017 was highly commended for the Danny Kyle Award at Celtic Connections. Later that year, he released The Andre the Giant EP, a collaboration with producers Chemikal Recipe, which somehow ended up on Shortlist’s Albums of the Year round-up, despite not being an album. In 2018, he released an EP with folk-punk side-project Greyhounds Greyhounds Greyhounds, a triple-threat partnership between him, novelist Caroline O’Donoghue, and Ellie Cowan of Felix Hagan & The Family. They are the greatest band to have ever played less than five gigs in total.

So, this brings us up to the present day. 2019 has already seen him named on the inaugural Nothing Ever Happens Here… associate artist scheme by Edinburgh arts venue Summerhall, and in May 2019, he will release his third album, I Feel Drunk All The Time, before hitting the road again. He thinks he’s cracked it now, this whole music thing.