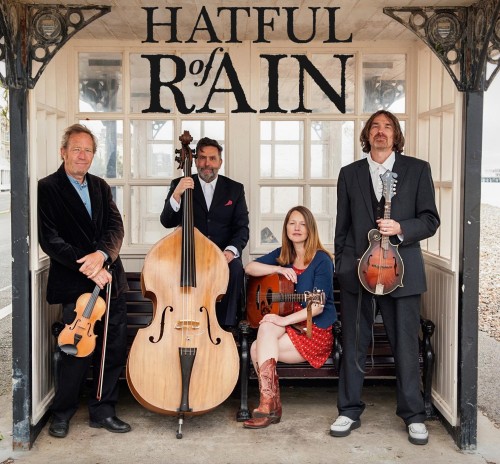 Hatful of Rain are heading out on a series of long-weekend mini tours in 2015 and 2016 to visit you! Widely lauded as one of the UK’s premiere folk/roots bands and a firm favourite of the legendary Bob Harris, Hatful of Rain are eagerly anticipating getting out on the road to share the new album with established and new fans alike.
Following the success of their second album The Morning Key the Sussex based four-piece were nominated as ‘Best Group’ in the Spiral Earth Awards and considered ‘one to watch’ by such luminaries as Mike Harding, Bob Harris and Rosanne Cash.

Hatful of Rain’s unique style combines powerful song-writing with musical virtuosity and a traditional feel. Grouped around a single microphone live, they create an engaging visual spectacle, whilst underlining the warmth and communal style of the music they play.