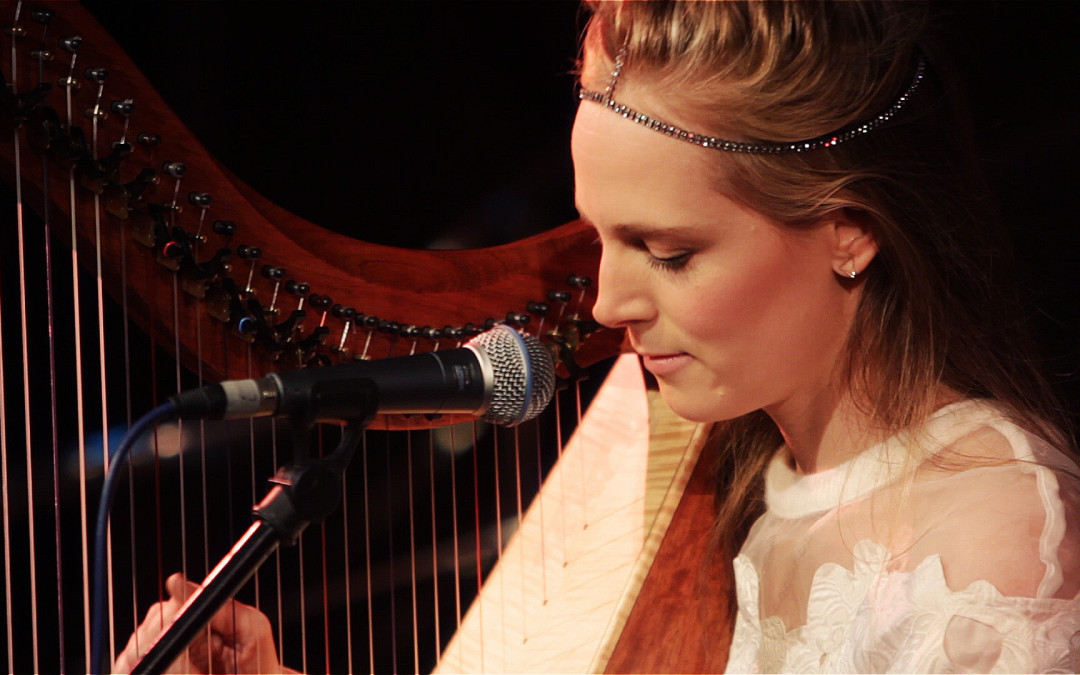 Hattie is a singer-songwriter-harpist currently working on her first solo album ‘To The Bone’.

Playing music with sister Charley since they were children, The Webb Sisters were chosen by Leonard Cohen to join his international tour, performing over 400 concerts around the world to 5 million people.
The Webb Sisters have released three albums of their own, receiving ‘single and record of the week’ on iTunes and BBC Radio Two. Their song ‘Baroque Thoughts’ won the International Music Award for ‘Best Adult Contemporary Song’ and was produced by multiple Grammy Award winner Peter Asher.
Hattie is featured on three live albums with Leonard Cohen and has collaborated with Sting, Glen Hansard, Steve Martin & Edie Brickel, Gotye, Rick Rubin and Natalie Maines.

‘To The Bone’, features dramatic vocals and harp, with drums, synths and strings in parallel. Written & produced by Hattie, engineered & mixed by Marcel van Limbeek for a release in 2016.

“Sam Semple’s Mystery Songs have been haunting me for weeks. Here is a real new talent. A singer songwriter with a mastery of lyrics, a sweet voice, and an angle on life that will make you think even as you hum and smile… fabulous debut.” — Stephen Fry