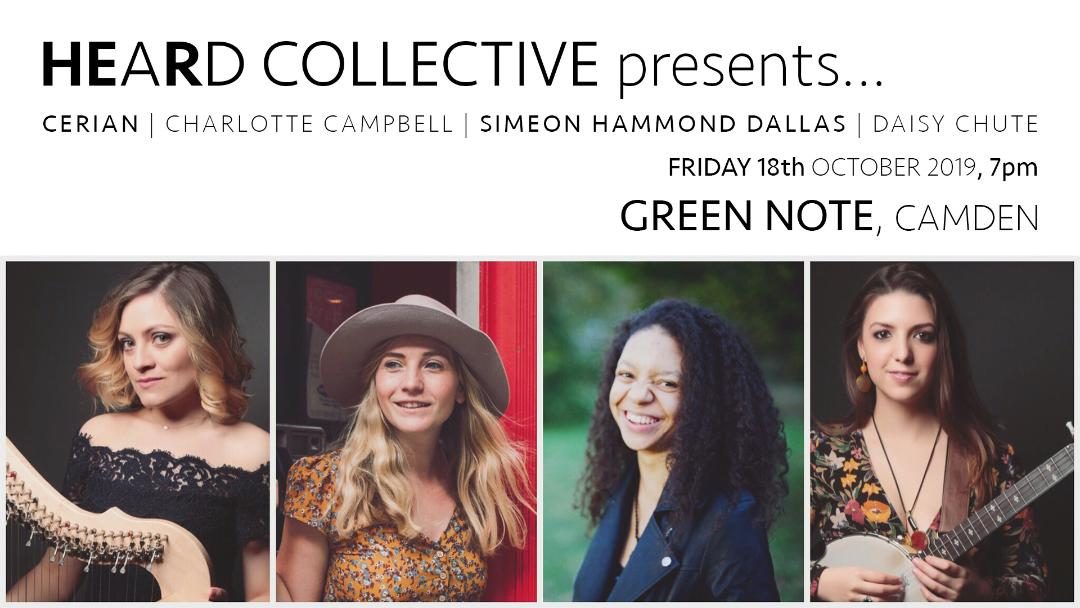 More about the artists…

CHARLOTTE CAMPBELL has made a name for herself as a London street musician, charming the ears of locals and tourists alike. Through glorious summers and bitterly cold winters, she can be found sharing her original music with crowds along the Southbank.

While she still enjoys busking, Charlotte has built a worldwide fanbase through her regular street gigs and subsequently tours regularly in venues in the UK, Germany and Switzerland. As well as taking the stage at various music festivals including Glastonbury. Having released 3 albums worth of original songs, her music is being heard all over; her most recent single “Nothing” has been playlisted in Caffe Nero stores across the country.

SIMEON HAMMOND DALLAS is a singer-songwriter from London’s Camden Town. An overactive mind and a desire to live a life like a travel montage from a rom-com provide the inspiration for her music; a folky bluesy country-soul amalgamation. An enemy of dichotomy, her music is soft and vulnerable while packing a punch at the same time.”

DAISY CHUTE is a folk songstress and multi-instrumentalist and regular on the London music scene. Represented by Talentbanq and an award-winning artist, Daisy came first in the Coffee Music Project singer-songwriter competition with her song ‘London’s on Fire’ and her 3 most recent singles are being played in over 600 stores worldwide in Caffe Nero. Daisy has been busy performing both in the UK and abroad with tours to America and festival appearances including Glastonbury and Cornbury. One of Paul Sexton’s ‘top music tips’, Daisy’s music has been compared to Simon and Garfunkel and Joni Mitchell (BBC Radio Kent).

“Beautiful, exquisite melodies, insightful lyrics and a wealth of wonderful musicality makes Daisy an artist that is destined for great things..” (Soho Radio)

CERIAN – Described as “the purest voice on radio” (BBC) and selected as one of Music Republic Magazine’s “ones to watch” in 2019, London singer-songwriter, Cerian, is a multi-instrumentalist described as a cross between Kate Bush, Joni Mitchell and London Grammar, weaving together soaring melodic vocals and rich harmony with poetic lyrics. Having sung with the likes of U2, Radiohead, Thom Yorke, Sam Smith, Imogen Heap and Charlotte Church, she is now taking on the world with her own brand of contemporary dark ethereal folk-pop. Having already released two singles to critical acclaim, her latest single “Caught in the Dark” has already garnered glowing reviews and BBC Radio play, and is the title track of her debut EP, to be released later this year.