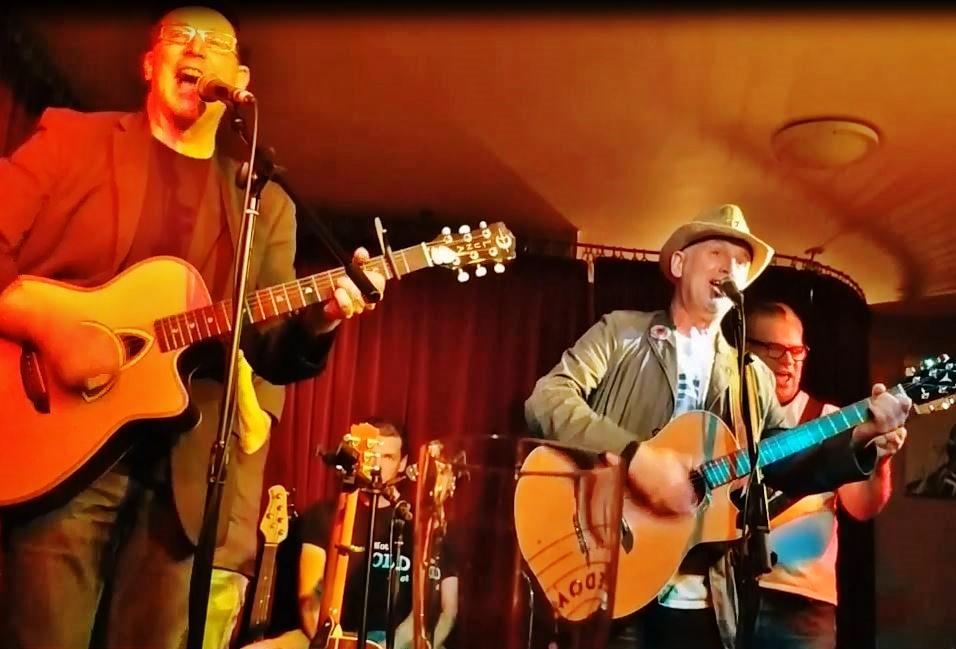 In 2009, HENRY PRIESTMAN (who wrote all those hits for The Christians in the 80’s, and Yachts’ songs in the 70’s) reinvented himself as a singer-songwriter, and released his debut solo CD “The Chronicles of Modern Life” to critical acclaim and airplay, and singles from the album (including “Grey’s The New Blonde”) made it onto the Radio 2 playlist. 2014 saw the release of Henry’s 2nd album  “The Last Mad Surge of Youth”on Proper Records, which garnered Henry the best reviews he’s had in 37 years of releasing records. (See below what they said about the album).

Most recently in 2018, a joint album together with Henry’s guitarist Les Glover entitled “Six of One and Half as Dozen of the Other”, gave them another load of 4 star reviews.

“Priestman’s melodic and lyrical gifts remain superbly honed…Glover delivers equally corking tunes…’Six of One and Half a Dozen of the Other’: brimful with top tunes” **** – ‘RnR Magazine’  Jan/Feb ‘18