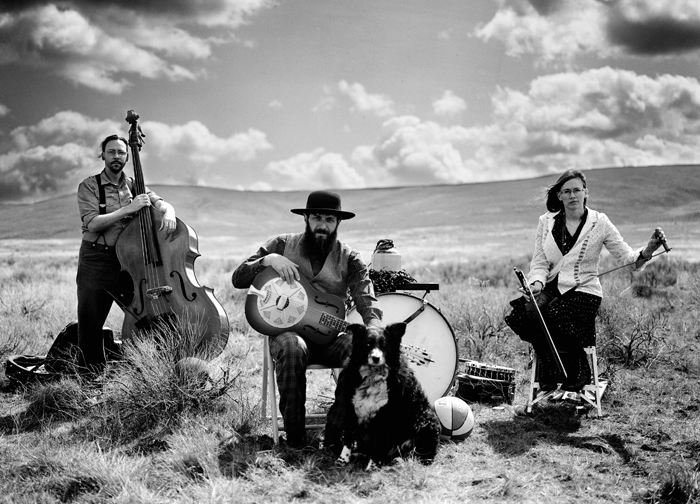 Hillfolk Noir:  Legendary BBC presenter “Whispering” Bob Harris is a fan and has described their music as “amazing.”

One of the hardest-working bands on the US roots music circuit, Hillfolk Noir have built themselves a huge Stateside following playing what has been described as music “filtered through a country-tinged, swampy-swingin’, hillbilly-delta-blues-ragtime word machine”.

Working out of Boise, Idaho, they have won a lot of fans in the UK after six successful tours on this side of the Atlantic. This is what some media folks have said about them:

“The jugband tradition is alive and more than well – they bring a punky, spunky spirit to the blues and old-time” – Rob Adams, The Herald (Scotland)