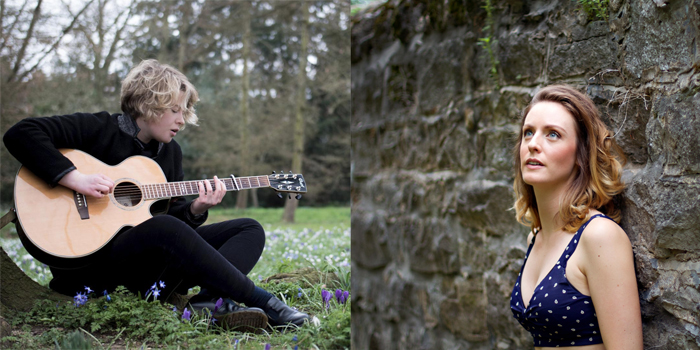 HOLLY REDFORD
Holly is a 23 year old singer-songwriter originally from Chesterfield. She released her debut EP in February 2017 with a sold out show in Oxford and has since been making herself heard across the UK. She combines a love of songwriters such as Leonard Cohen and John Martyn with a powerful voice and smoky range. She and her band have drawn comparison to contemporary artists including Alabama Shakes and Laura Marling.

CHARLOTTE BERG
Charlotte Berg has a soothingly beautiful voice and shockingly honest lyrics. Originally from Pennsylvania, she is a Nashville-based indie/pop singer-songwriter. She started gigging in the thriving music culture of Melbourne, Australia over a three year stay there, where she performed in pubs all over the city and quickly gained a following. Constantly moving, she has also lived in Spain and Argentina, and when writing, pulls inspiration from these experiences. Her voice is frequently compared to the voices of Dolores O’Riordan of The Cranberries and Joni Mitchell. She either accompanies herself on piano and guitar or is backed by phenomenal drummer Matt LaMarca. The two tour internationally as a duo and create a dynamic, atmospheric, energetic, full band sound.

“Stubborn and hopeful and fueled by a vendetta against a ‘normal life.’” – The Huffington Post exclusive album release

“Ms. Berg is up there with early Judy Collins, and the brilliant Judith Durham (famous for the 1960’s hit “Georgy Girl,” the brilliant “I’ll Never Find Another You,” by The Seekers) – in the case of Durham you have to listen and set aside her English accent. It’s the purity of her vocals, her innocence and ability to take simplistic lyrics and make them sound artistic. That’s what these two female vocalists share.” – John Apice, No Depression Magazine

“Under the Same Stars,” is a strong example of Berg’s clear, unaffected vocals underlining the stark honesty portrayed in her emotional lyrics.” – No Depression Magazine

“If no one has told Charlotte yet, let me be the first: this is a professional. Her storytelling in her lyrics, such as this one, are not like other singer-songwriters. She has style, she has a rhythm to her phrases that are used equally as you would a musical instrument. Very impressive. I like this a lot.” John Apice, No Depression Magazine